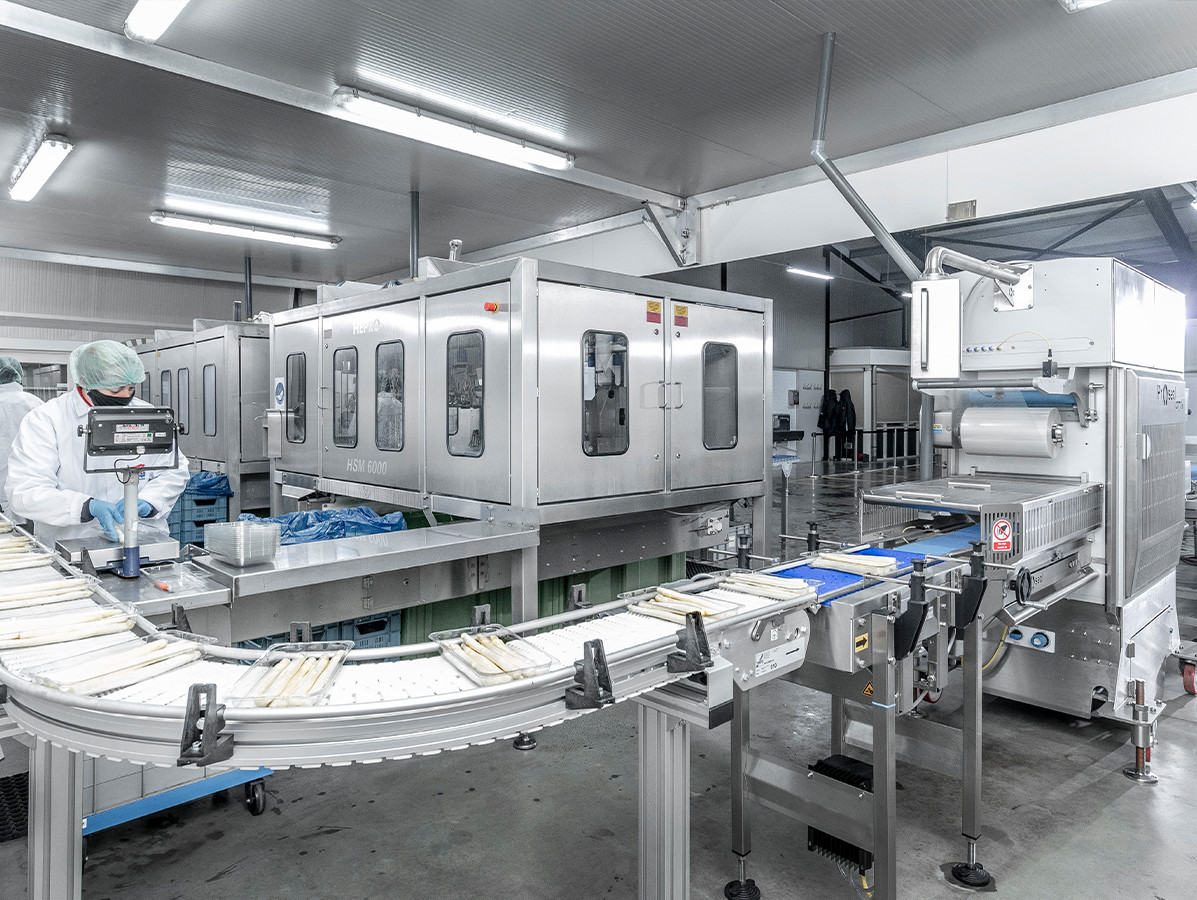 The Dutch love asparagus. The demand for peeled asparagus in particular continues to rise, notes Teboza, an asparagus grower in Limburg. Thanks to a new packaging line, larger volumes of the white gold can find their way from grower to plate.

The corona pandemic has, of course, far-reaching consequences. A slightly more cheerful side effect is that the Dutch are paying more attention to cooking. With more luxurious products, perhaps. In any case, asparagus grower Teboza from Helden saw the purchase of asparagus rise sharply last season. Despite the fact that the catering industry - an important consumer of the vegetable - was largely closed to the public. "People want to keep eating asparagus. It is precisely now that they are spoiling themselves. We are compensating for the lower demand from the hotel and catering industry by supplying more to the retail sector," says Konrad Cyba, manager of operations at the asparagus company. Nevertheless, corona demanded creativity. In maintaining the one and a half meters, for example, which means that employees now work between screens.

The asparagus season runs on average from early February until the holiday of St. John on June 24. It is a period in which the Helden-based company, together with smaller, affiliated growers, harvests some three to four million kilos of white, green and purple asparagus and delivers them to customers in the Netherlands, Belgium, France, Germany and Scandinavia. The family business, which was founded just after the war, still controls the entire process from seed to finished product. After harvesting with the equally secure and labor-intensive asparagus cutting process, the vegetables are sorted and cut. The company's processes are designed for three flows of asparagus: unpeeled unpackaged, peeled packaged and unpeeled packaged. The processes are already moving along with developments in the market. 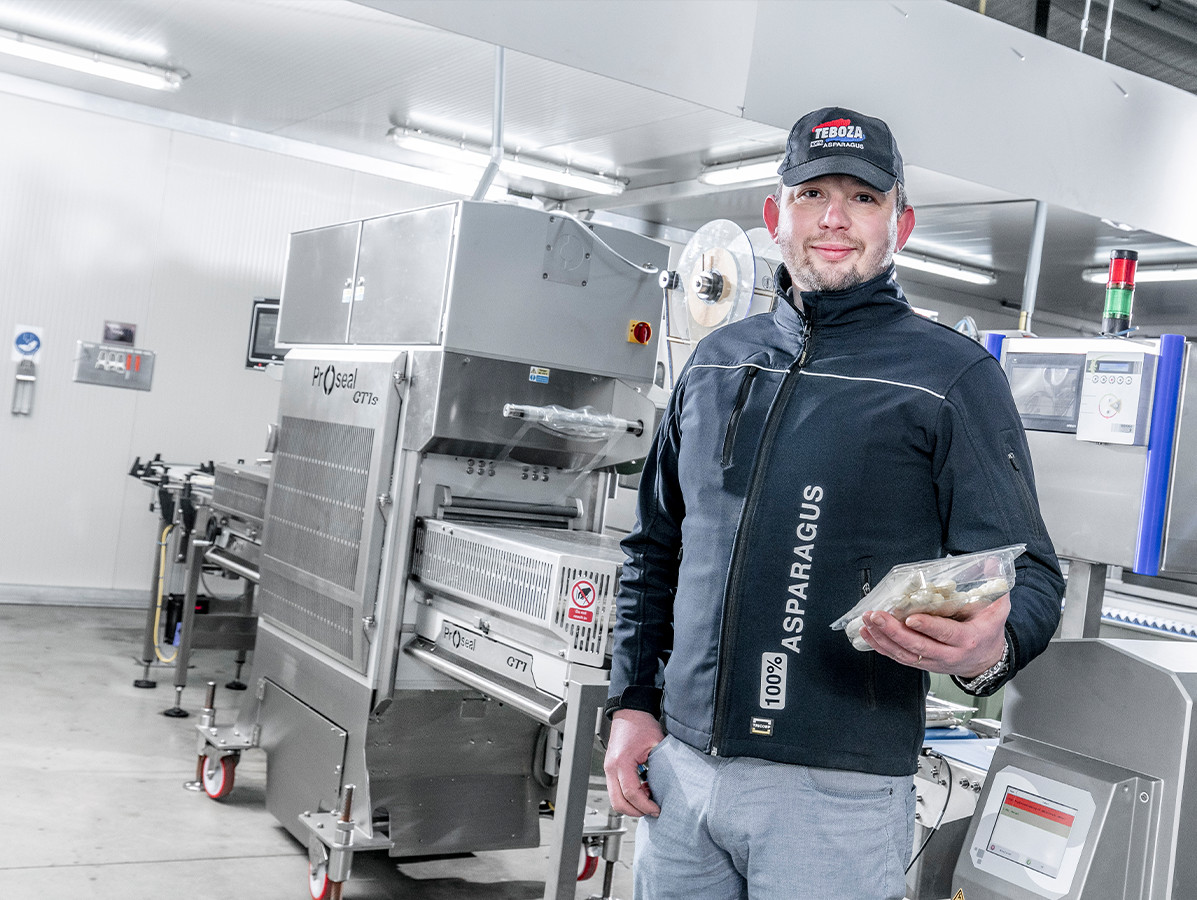 The current trend that Teboza cannot ignore is the increasing demand for peeled asparagus. Konrad sees it as the future, fitting into a larger development in which customers more often prefer convenience. It requires adjustments on the factory floor. "Previously there was one peeling machine here. We expanded that to two. But then the next issue presented itself. The old packing machine couldn't handle the larger output of asparagus and formed a bottleneck. That's why we decided on a new packaging machine that would allow us to better respond to the larger supply and be ready for the future."

The new Proseal brand sealing machine brings a threefold increase in capacity for packing asparagus. Previously, 25 trays were sealed per minute, now this can increase to 80. This means that the number of peeling machines can also be expanded again and that Teboza will be able to process even larger volumes in the future. For the grower, it was also important to achieve sustainability compared to the old situation. "The new machine now seals six scales of asparagus with the same amount of film instead of five. The foil is also thinner," says Konrad. Manpower is also saved; about one and a half fte. Packaging is fully automatic and takes over process parts that used to be done manually.

After an employee brings in trays of asparagus, the sealing machine places them at a distance. Using two arms, each tray is lifted up, placed in the sealing station, and provided with a sealing film. Each tray can then be labelled, although the machine also has a printer that can print onto the foil. 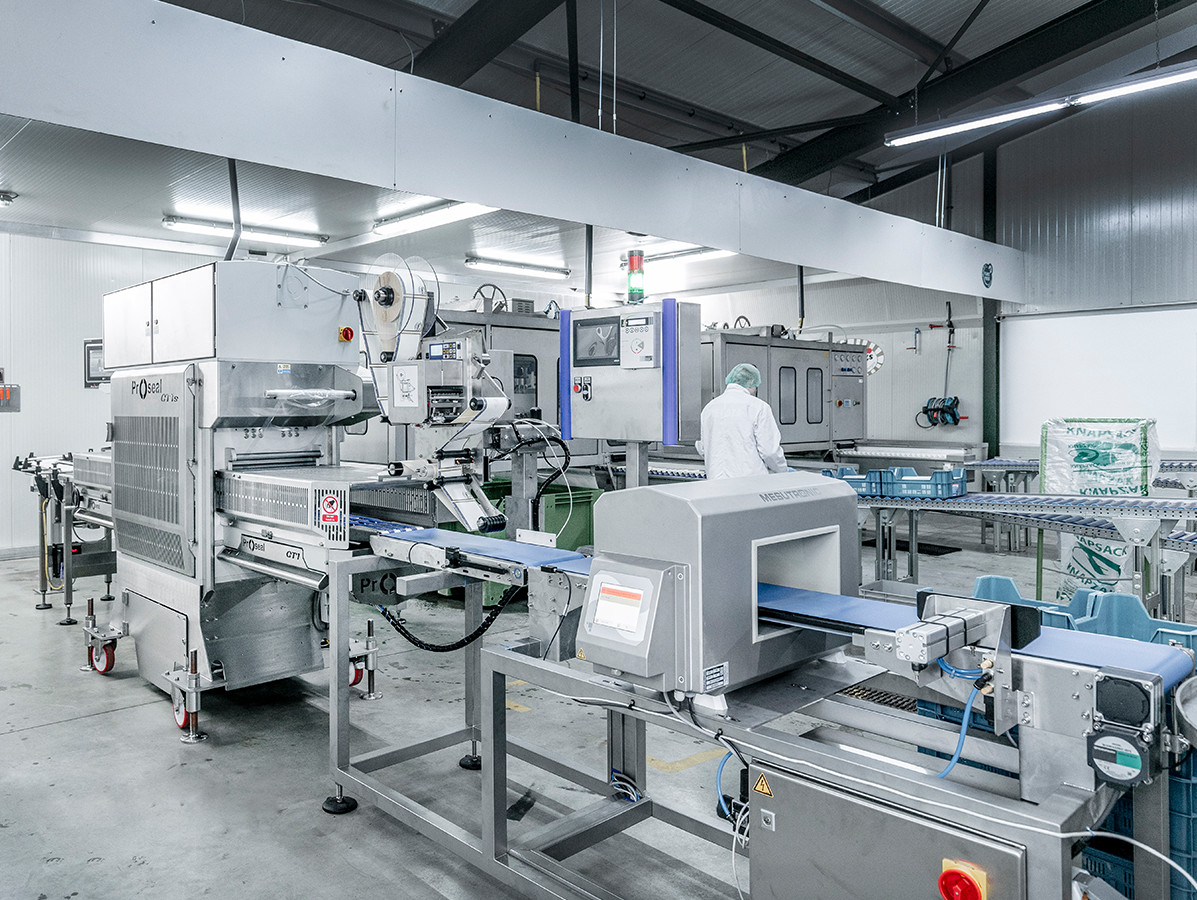 It is Sismatec that provided the new packaging line. The Almelo-based company has been selling machines that dose, weigh and package food, among other things, since 1963. The company's packaging technologies can be found in, among others, AGF, Game and Poultry, Bread and Pastry, Fish and Meat. In providing process and packaging solutions, sustainability is playing an increasingly important role at Sismatec, says commercial director Gerrit Tijhof. "At Teboza we use less plastic film. Moreover, the film consists of mono-material that is more recyclable. This is a sustainable way of packaging. In addition, we are constantly researching and testing alternatives, such as packaging with pulp, cardboard and/or other compostable materials. We ensure that the machines have the flexibility to handle tomorrow's packaging as well. That is also the future," says Gerrit.

Konrad is satisfied with the cooperation. Already in his previous job in the fruit industry he got acquainted with the machines of the Almelo company. "Again there was sufficient explanation and training and all questions are answered quickly," he indicates.

The new line contributes to the fact that Teboza can also continue to meet food safety requirements with its packaging. With a clear increase in efficiency.

Save time with a packaging line

Natural meat calls for a packaging with a story