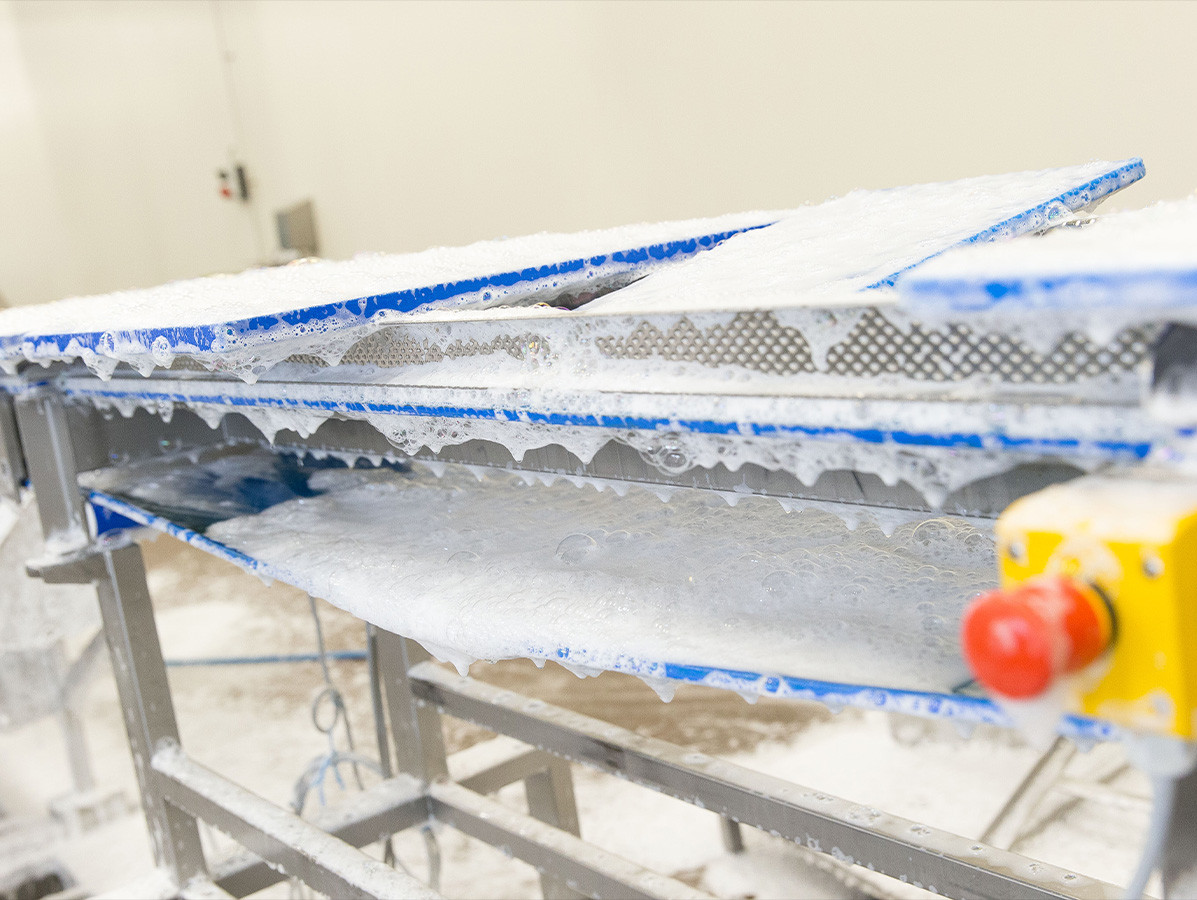 The demand for more sustainable food production is rising, consumers are more often choosing plant-based alternatives and the food industry is eagerly jumping on this. However, their production involves other forms of pollution. Getting equipment, conveyor belts and the surrounding area optimally clean often requires new cleaning agents and techniques.

'The longer the carbon chains, the more difficult the oil is to remove'

"We are regularly approached by entrepreneurs who encounter hygiene problems when starting production with their new plant-based food concept. In particular, the vegetable oils in meat substitutes cause contamination that is difficult to remove." Speaking is Gert Visscher, director/owner of Eco2Clean. He continues: "These oils often contain long carbon chains. The longer the chains, the more difficult the oil is to remove." Eco2Clean developed a special power foam cleaner, PSR A2, for this new contamination problem. The agent very effectively removes the specific oily contamination left behind after the production of meat substitutes.

Start-ups in particular are not always familiar with the applicable hygiene requirements in the food industry, Gert notices in practice. To illustrate, he gives an example of a young company using frozen protein-based raw material to make their meat substitutes. "The frozen raw material in grain form was blown into a machine via a conveyor system. When it stopped, residual raw material in the machine defrosted. They had not realised that. The installation had not been included in the cleaning process, and contamination occurred in the conveyor system. After we found the cause, the equipment also proved difficult to clean." He says he has already come across several such examples in practice. "There is - understandably - a focus on the new concept and insufficient thought on HOW to clean the equipment, systems and machines. Making all kinds of adjustments afterwards usually involves considerable costs. With a well-thought-out hygienic design, you can avoid that."

Another example. "A company that breeds insects for the animal feed industry had hygiene problems in its raw material storage area. As a nutrient medium for breeding insects, they use high-quality organic residues from the food industry. A sustainable alternative, as it means they no longer rely on unsustainable soy from South America, for example. However, the entrepreneurs were not aware that the transport and storage of residual streams are subject to the same hygiene requirements as the rest of the production process. Because they are residual flows, people tend to consider this less. Transport means, storage silos and equipment for mixing and dosing need to be cleaned to the same, high-quality standard. Hugely important, because when infections or other problems arise due to spoilage in the pre-process, this has a major impact on the follow-up process." 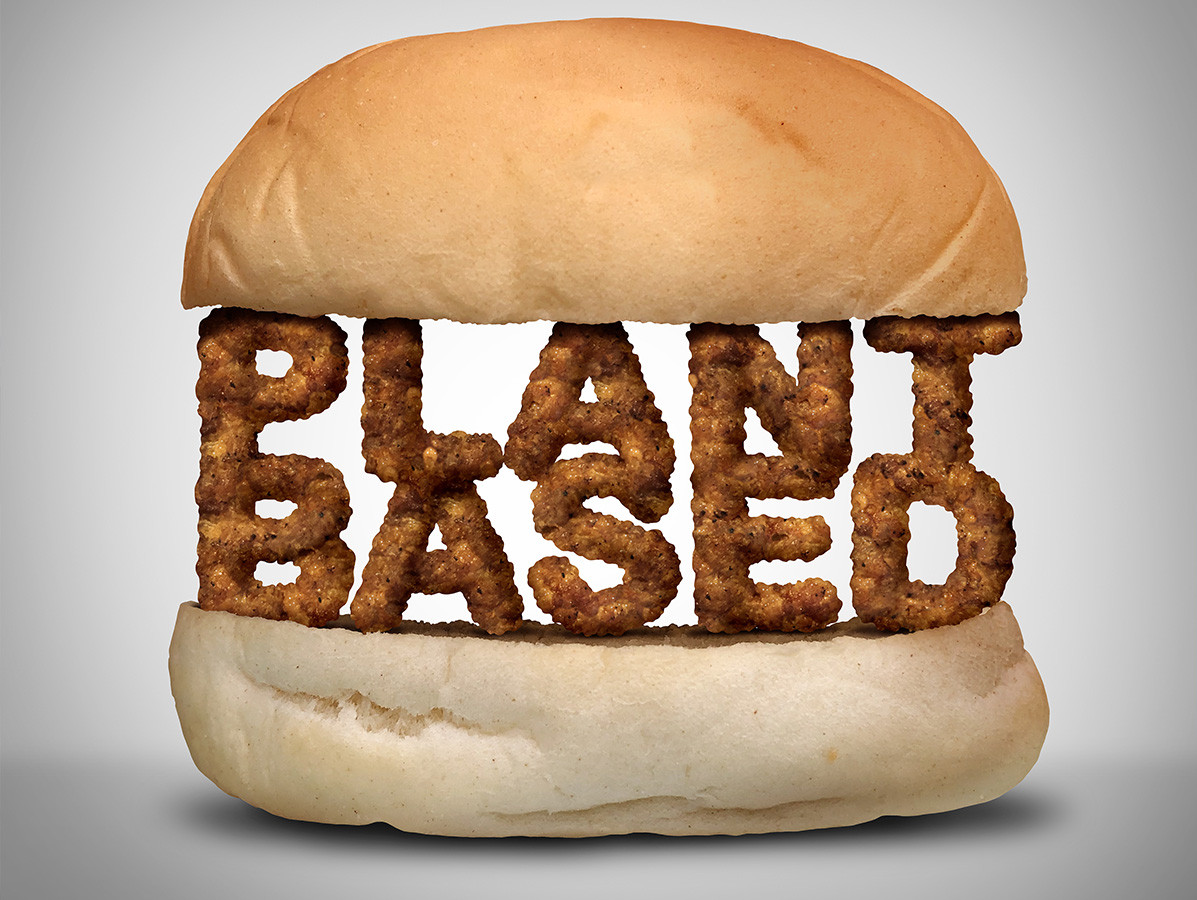 "Over 15 years ago, we started developing ecological alternatives to our traditional package of cleaning products," Gert looks back. "We never stopped doing that. We put a lot of time and energy into developing sustainable alternatives with little or no environmental impact. For instance, tensides and lime binders in many of the ecological cleaning and disinfecting agents have now been replaced by alternative, plant-based raw materials. The product EcoFoam 6 comes from residual flows from the dairy industry's cheese and quark production. This powerful, 100% natural foam cleaner has excellent protein and fat removing properties and prevents limescale deposits. As it contains no hazardous substances, personal protective equipment is not required. It can be stored anywhere without further requirements, does not affect waste water and is therefore safe for the environment. More and more companies in the meat processing industry that have sustainability as a priority are switching to it."

A disinfectant that can replace both quat-based and ethanol-based disinfectants is 'Laquick'. This consists of lactic acid and hydrogen peroxide, and decays into water, oxygen and carbon dioxide after prolonged operation. "An additional advantage is that there is no need for post-rinsing," says Gert. "That therefore saves water as well as cleaning time." And developments continue: "We also use new, sustainable techniques based on enzyme cleaning and are now investigating to what extent the water temperature can be reduced when cleaning with specific enzyme cleaners. For companies with high water consumption, especially with today's energy prices, this could result in substantial savings!"

Machine design, a source of contamination?

Strong example of Simpeldesinfecteren: 'You know it works'

'The drive for improvement is there'