The Netherlands: pioneer in the protein transition

The Netherlands: pioneer in the protein transition 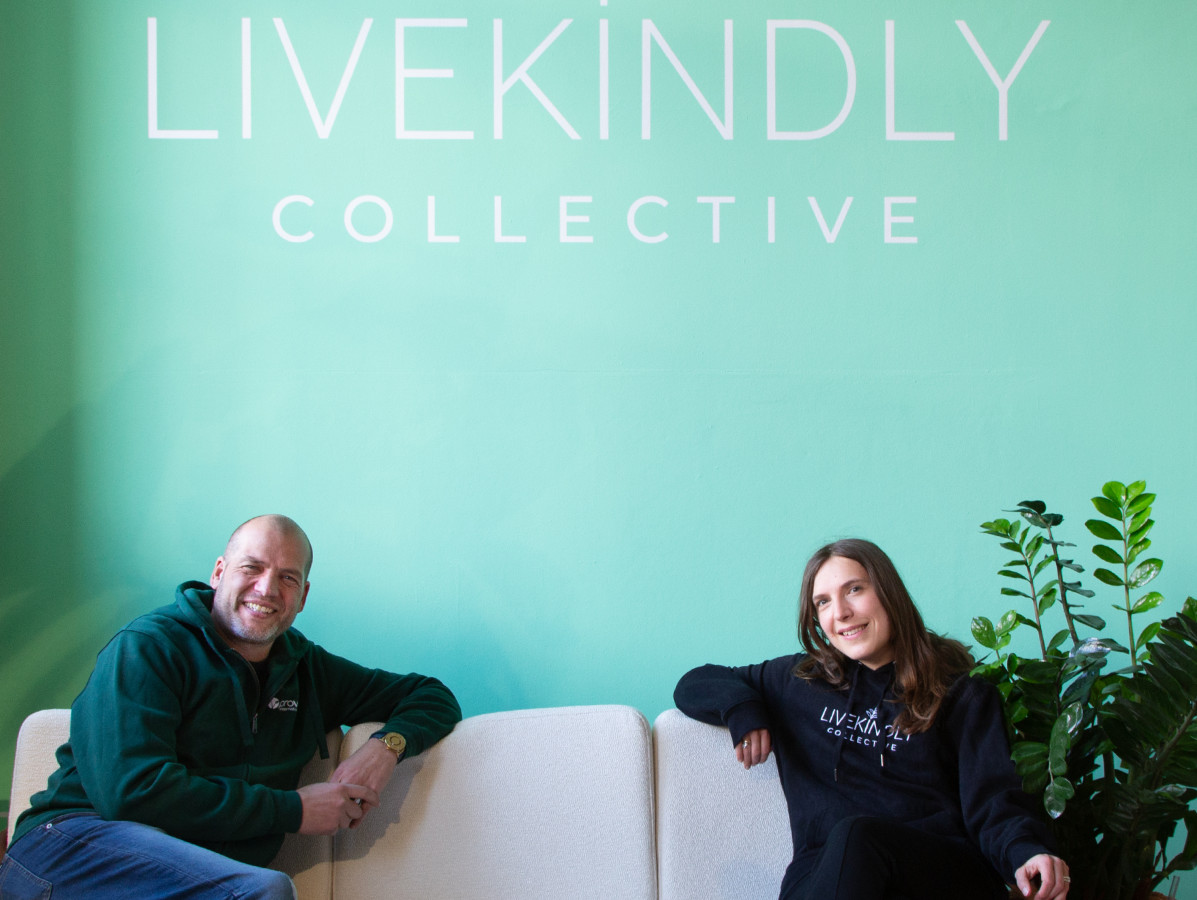 Vrindts and Kruythoff, who revealed the collaboration at the end of April, have already joined forces in lobbying the government informer and also want to raise the urgency of the protein transition at European level. Progress is being held back by slow-moving initiatives and resistance from institutions such as the EU. According to them, the system must therefore be disrupted. And the time is ripe, they say. "Because more and more people are asking themselves, why do we actually eat animals? That creates room for disruption." In an interview with Vakblad Voedingsindustrie, Vrindts and Kruythoff explain how they intend to cause this disruption.

According to you, by 2040 vegetable consumption should be the norm. How will you achieve that?
Veerle: 'ProVeg has the largest consumer platform in the Netherlands in the field of plant-based food. We research consumer demand, test interventions and ensure that the obstacles which consumers still experience in moving towards less animal and more vegetable-based food are resolved. We are the voice of the flexitarian who wants to eat less animal products but does not know how. For a change in diet, in addition to motivation, you also need the right skills and knowledge and your environment must offer you that possibility. That is why ProVeg works to improve the ease, accessibility and taste of plant-based food. We do so by working with policy makers, public institutions, the food industry, the medical and scientific sectors and the media. We encourage every step that an individual, organisation or company takes towards a more plant-based lifestyle and a more sustainable society."
Kees: "We are now at a tipping point. It is no longer a compromise to opt for plant-based. Imagine what it will be like in two or three years' time, because the development of meat substitutes is going extremely fast. They are becoming increasingly tasty, nutritious and varied. An extremely important point is that the cost structure must be lowered. It should be affordable for everyone. Young people see this like no other; if the momentum is there, it will gain greater scale and the costs can be reduced. The vegetable standard has to become much more widespread. Not something you do one or two days a week. Simply: 'What are we eating tonight? Vegetarian spaghetti bolognese'. On average, we have 10 to 15 dishes in our fixed repertoire. That's where we have to add plant-based proteins.

And the government?
Kees: "Of course they also play an important role. We are 100 percent certain that we are going to introduce a meat tax. But it is 'carrot and stick', so tax on animal proteins and provide subsidies - 'carbon credits' if you will - for seaweed and yellow peas. I am convinced that the Netherlands can play a pioneering role in the protein transition. With Wageningen - Europe's Food Valley - and outspoken leaders like Paul Polman, Louise Fresco and Feike Sijbesma, you can safely say 'we punch above our weight'." 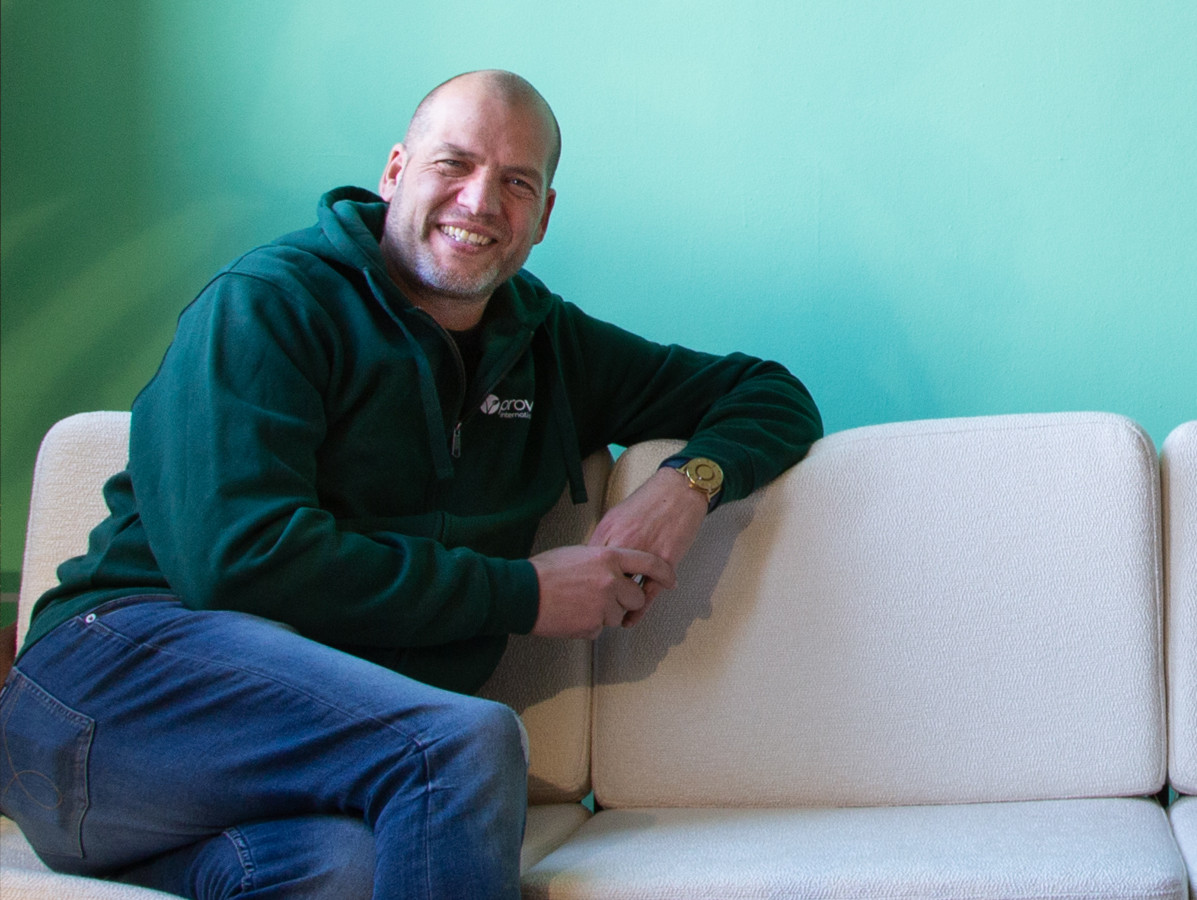 Kees: 'Young people and millennials are the driving force behind this revolution'.

Consumers say a lot with their mouths, but when it comes down to it, we want big chunks of meat on the barbecue. How do you get the 'yes-sayers but non-doers' to go in the right direction?
Veerle: "By offering them a perspective for action, by making the vegetable choice the easy choice. We also call this 'nudging'. For example, think of catering establishments, receptions and company lunches where vegetable is the default. Anyone who absolutely wants a dead animal in his or her 'Dutch bitterball' must consider this to be so important that they indicate it in advance as a dietary requirement. Or by increasing the share of vegetables in ready meals and decreasing the share of animal proteins. The size of a steak in a supermarket package often determines how much meat you eat.

And yes, what also works is to pass on the real price and environmental tax on animal products. Many animal products are now unnaturally cheap due to subsidies and supermarket promotions. This is not sustainable in the long term. A plant-based alternative of legumes is much cheaper in terms of raw materials than feeding them to a cow as concentrated feed. Nevertheless, the consumer now pays less for a cow burger than a soya-based one. As Kees said, this has to do with scale, but also with supermarkets' price policies, which tend to stagnate with meat prices while deliberately maintaining a high margin on vegetable alternatives. I can see several solutions for making the vegetable choice easier by means of price policy. A levy on animal products that goes directly to the farmers, for example, could help them invest in the conversion of their farms.

Livekindly is a global media platform with 60 million followers. How do you turn this into a media platform that also becomes locally urgent and relevant?
Kees: "The recent statistics on our reach are even better. We have 74 million unique viewers a month and they spend more than five minutes on the platform. That is gigantic! You can see how involved the target group is and how relevant the tone-of-voice is that Livekindly.co has found. It is now only in English, we have chosen to first focus on our major markets, the US, the UK, Australia and South Africa. Then we will expand to other countries, and thus also translate and make the local product relevant in other ways." 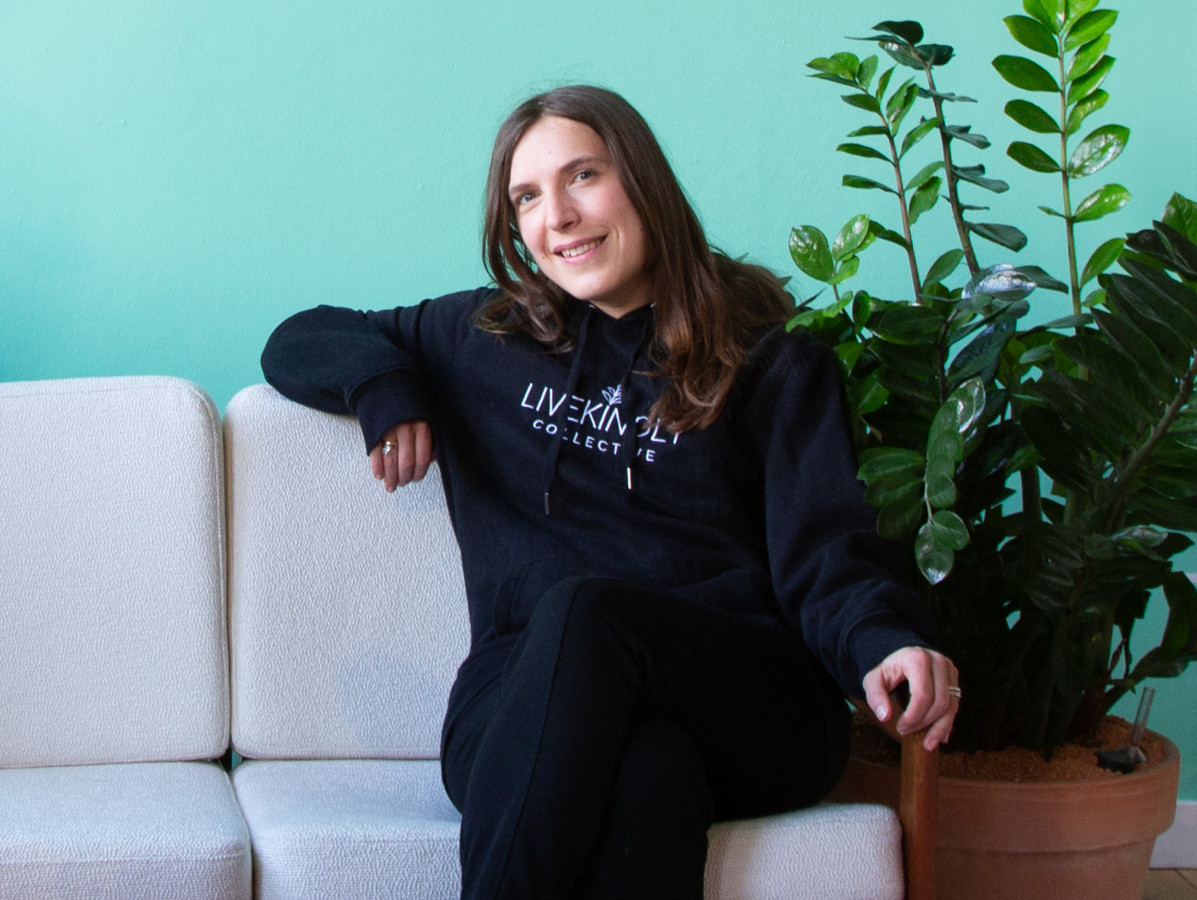 The vega(n) scene is a bit of a gold rush c.q. wild west domain at the moment. Is that a good thing or should it be changed?
Veerle: "I think that is a very good thing. It is clear that plant-based food is the future. Especially because young people and millennials are the driving force behind this revolution. They also pass on these values to their children, which means that the target group is only growing. It is fantastic that investors also see this and that plenty of money is now going to innovative plant and cell-based start-ups, giving them the chance to accelerate their growth. One of the obstacles that plant-based companies faced last year was regulation from Europe. There was a threat of a vegan burger ban (ban on 'meaty' names (such as burger, sausage, chicken fingers), for plant-based meat alternatives. ProVeg fought hard against this proposal. With a petition signed by almost half a million Europeans and by talking to Euro MPs and EU Commissioners, we succeeded in wiping the vegan burger ban off the table in October 2020.
Kees: "I have different thoughts about that. It is good that more and more brands are part of the movement. At the same time, I see too much me-too for a developing category. For the next steps, you need a brand and a segmentation model. Sustainable' and 'healthy', for example, are not distinctive propositions, they are category characteristics. You have to conquer a relevant place within them. With the quality of your product itself, and with the identity of your brand.

What new introductions can we expect?
Kees: "In September we will be launching a line in collaboration with Ali B.: 'Leipe Mocro Flavour'. This collaboration with Ali B. started at the beginning of this year ('Ali V.', ed.), and now a product line is being developed with his wife. Think of products such as veggie chicken and minced meat with Moroccan cuisine as the starting point. Look, vegetable food is becoming the norm, but we don't have to promote that with the threat that the world will end. It's also just fun to offer inspiration and creativity with this category."

In the protein transition, meat substitutes, say the look-a-likes, are frequently used. Shouldn't we be putting more effort into 'regular' vegan cooking?
Veere: "We need to focus on both. For many people who are starting to eat less meat, meat substitutes are a temporary solution. A way of continuing to eat the dishes they like without requiring a great deal of resistance, adaptation or perseverance. It can be as simple as substituting vegan mince for beef in the bologna sauce. Just as delicious."

ProVeg calls itself "the first internationally active organisation dedicated exclusively to plant-based nutrition". The organisation works worldwide to reduce the consumption of animal products, with a mission to halve it by 2040. "We work with governments, private companies, public institutions, medical professionals and have a constituency of hundreds of thousands of consumers worldwide."
www.proveg.nl