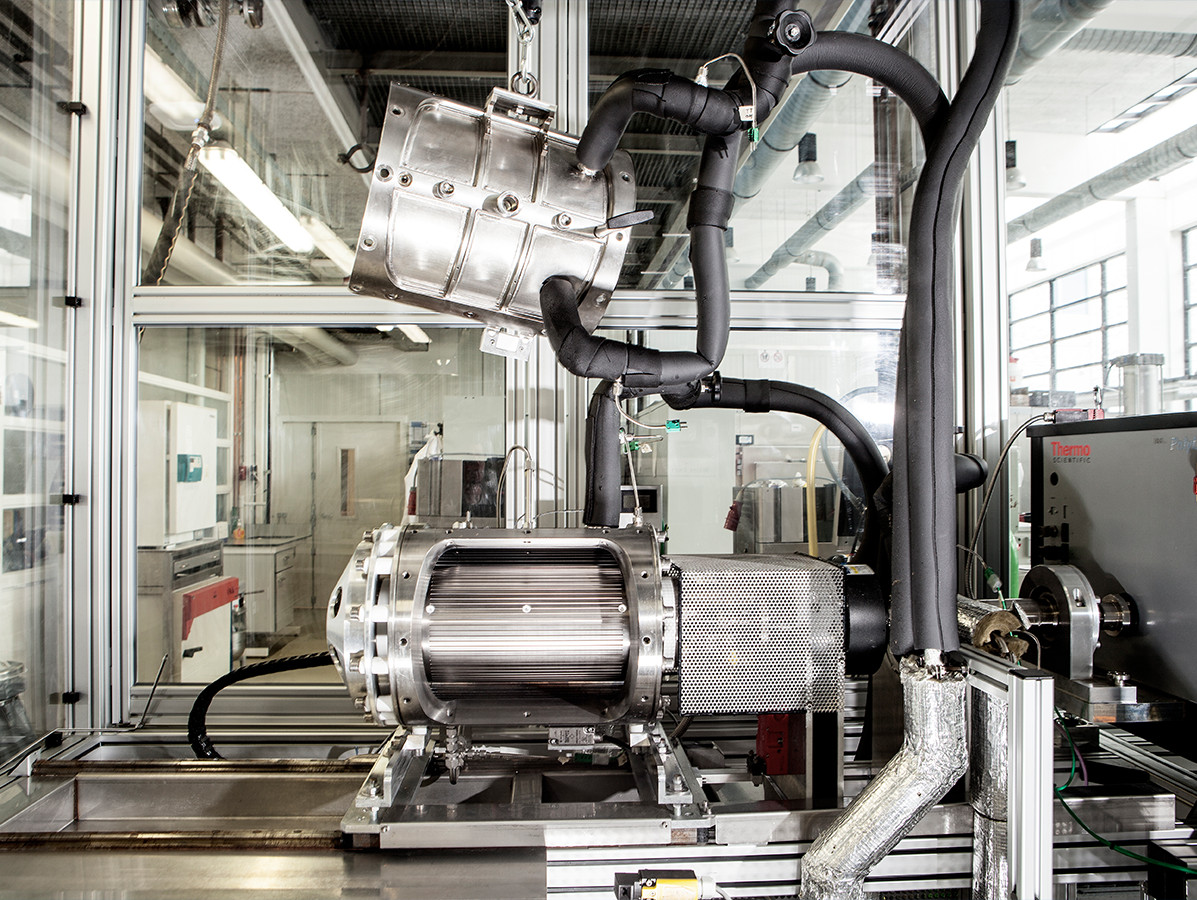 Taste perception is a complex interplay between several factors, from what your senses perceive and previous experiences. The expectation for meat substitutes is therefore high: consumers who decide to eat less meat want substitutes that approach the sensation and mouthfeel of real meat as closely as possible. How do we create meat substitutes with the right smell, texture, juiciness and taste?

Create textures for plant based analogues

The biggest challenge for product developers in making meat substitutes seems universal: how do you create a plant-based product with the right texture, smell, taste and juiciness? The desired structure is anisotropic, which means that the properties are not the same in all directions. Moisture is often the carrier of taste. What you taste when eating a meat substitute is directly linked to the release of oil and water during mastication of  the product.  The flavour perception is linked to the juiciness as the ‘juice’ is often the carrier of the ‘meaty’ flavour. The texture also determines the mouthfeel and the taste sensation. Technologies such as shear cell and extrusion have now succeeded quite well in imitating the characteristic fibrous texture of meat. How do these technologies work?

The plant-based ingredients are mixed with water in a mixer after which the shear cell can be filled. Inside the shear cell, the mixture is being sheared and heated to about 120°C. Currently two geometries of the shear cell are used; a couette cell, consisting of two cylinders, and a conical shear cell, consisting of two conical plates. The shearing of the mixture takes place in between those two cylinders or two conical plates. By heating and shearing simultaneously the proteins are being unfolded and aligned so that they can form fibres. The next step is to stop shearing and cool the product so that the fibrous structure can be fixated. In the last step the shear cell is opened and the fibrous structure is taken out of the equipment. 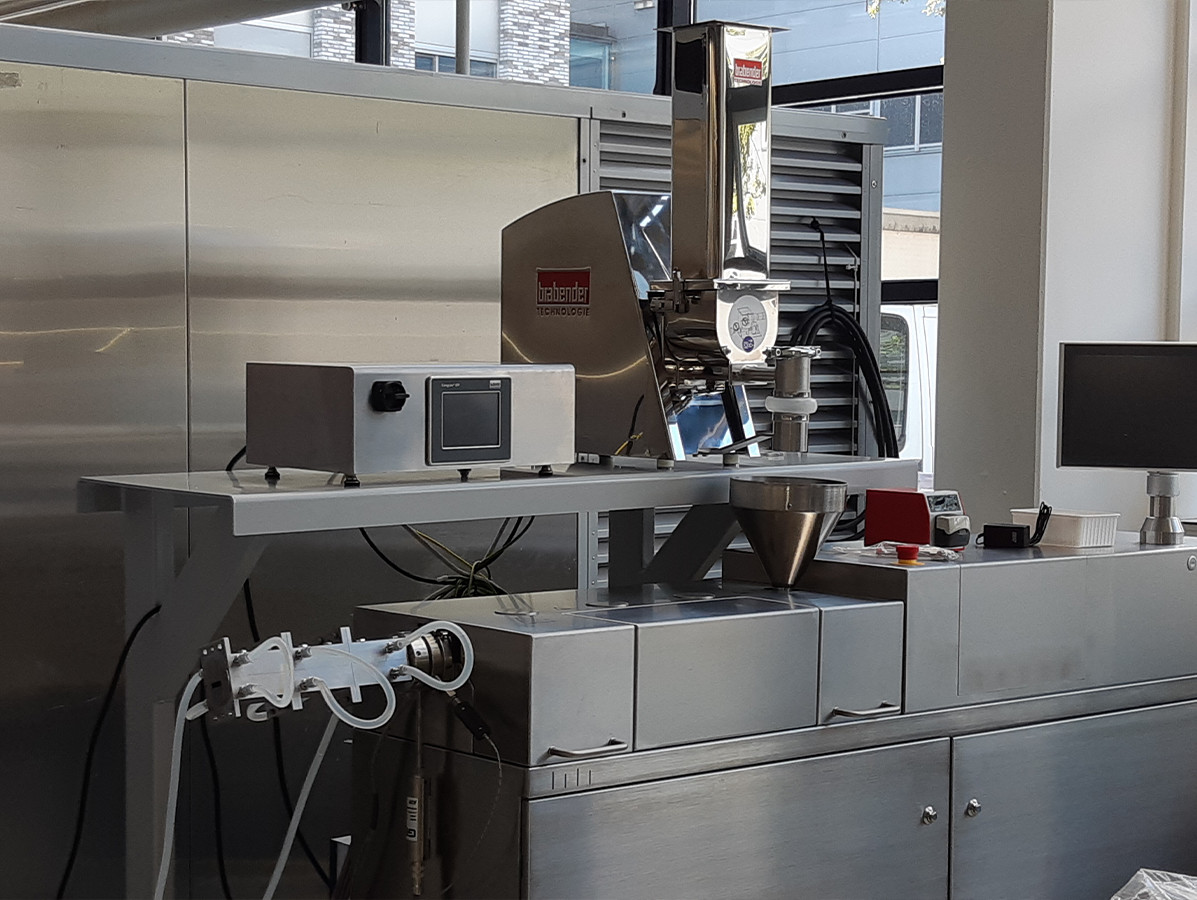 The extrusion process consist of different steps. A feeder that doses the dry ingredients such as protein powders and fibres in a controlled way, or in the pre-conditioner – when ingredients need to be pre-treated before entering the extruder barrel. The extruder barrel consists of several sections which can be heated individually. The first zone of the extruder barrel acts as a mixing zone that is simply there to convey and mix the material to the cooking zone where the mixture is sheared and heated. In the cooking zone, the mixture is processed into a ‘melted’ dough. In the barrel, the protein ingredients (and possibly fibre) are transported and sheared by a screw, subjecting the raw material simultaneously to thermal and mechanical energy. The screw can have various configurations along its length.

The screw profile in the extruder barrel is determining barrel fill and residence time, making the screw configuration one of the key process variables affecting product transformation. To force the extruder barrel to fill, reverse flight screw and/or lobe-shaped shear/kneading elements can be used.

The moisture content is an important variable in the extrusion, as it will change the viscosity of the melted dough by playing a role in the number of disulphide bridges formed which is considered to be of high importance in obtaining the fibrous structure or meat-like structure. 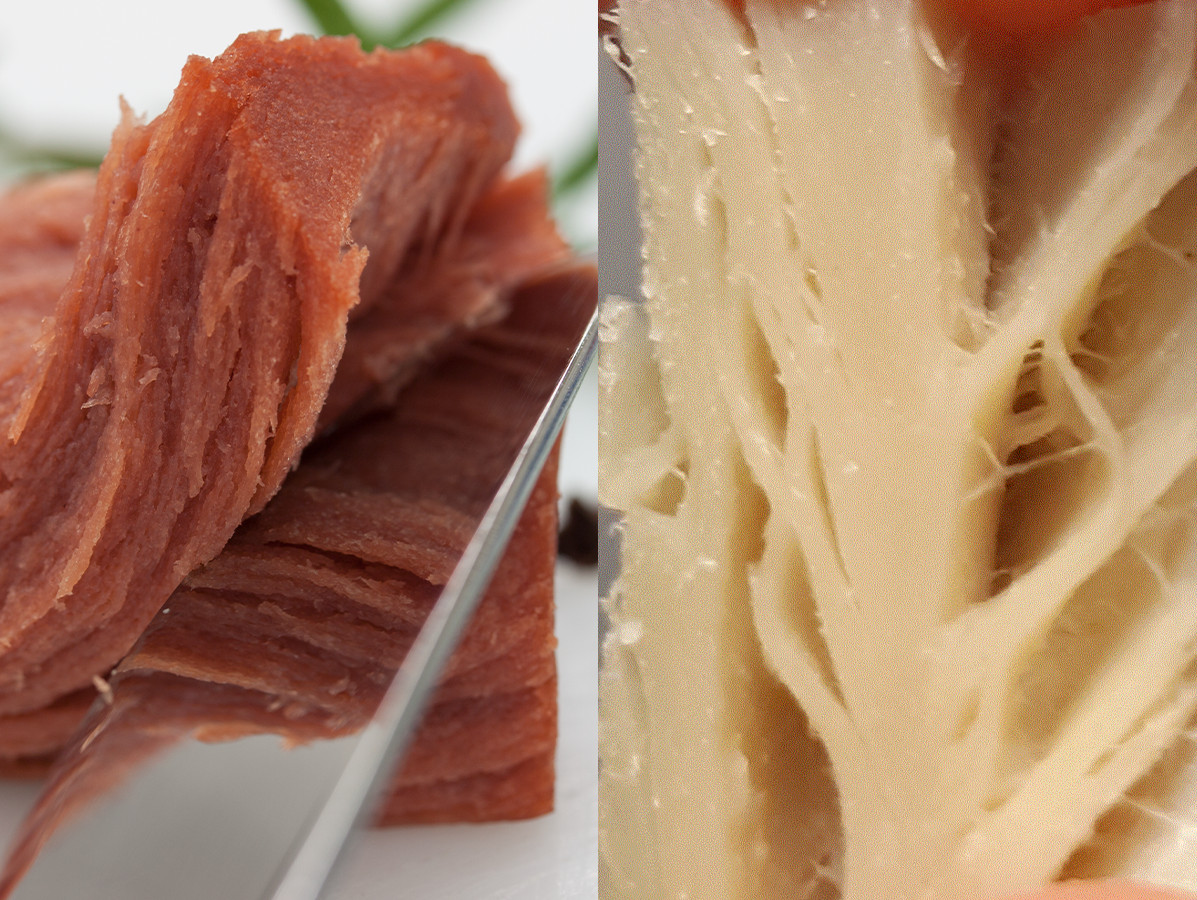 What are the main differences between shear cell technology and high moisture extrusion?

In the shear cell there is a simple flow profile, while in high moisture extrusion there are several types of flow profiles.

The residence time of a mixture in an extruder is much shorter (couple of minutes) in comparison with a  shear cell (15 minutes or more).

More detail explained
More in detail will be presented on 3 and 4 March at a WFBR congress:
https://www.wur.nl/en/activity/Conference-Science-and-Technology-for-Meat-Analogues.htm

Main picture: the shear cell equipment with the Couette geometry

From fish waste to food