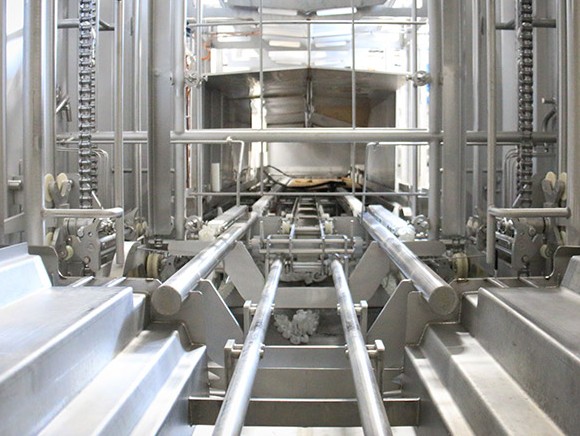 More production and more products – soft-cheese producer Özgazi in Etten-Leur is scaling up. But the expansion in both volume and product range can only be achieved with a new quality management system.

Özgazi is a relatively young company, founded in 1992, yet it turned over EUR55 million last year. That makes it Europe’s biggest manufacturer of soft white cheese (often called ‘feta’). The factory in Etten-Leur processes 80 million kilos of milk a year. The cheese is produced for 20 private labels of wholesalers that primarily sell to supermarkets. Most of the cheese is dispatched in large-format tins. Those tins are mainly bought by Turkish customers – not only in Turkey, but also in countries as far away as Kazakhstan, the USA and Australia. Home to three million Turks, Germany is a key market.

Commercial Director Harry Kil explains that the company owner, Setif Aktürk, has grown the cheese company rapidly. “In the ten years that I’ve been working here, this is already the second time that we’ve scaled up. That’s why we’ve now opted for QIS. After a period of intense research, we decided it was the best software system for us.”
The company previously expanded eight years ago, from 12 to 18 cheese vats (the vessels in which the milk is turned into the intermediate product, curd). Now, all the cheese vats have been removed and replaced by a coagulator. “That’s a conveyor system, in our case 80 metres long, in which robots place partitions,” explains Kil. “This creates separate sections for the curd which move along the conveyor very slowly. At the end of the conveyor the curd ends up in ‘cassettes’, plastic containers, where it loses more moisture. The cassettes go into a tunnel where they are used to fill the tins. Hence, cheese production has become a continuous process. Aktürk holds a degree from the Technical University in Aachen and is focused on technological innovation. He developed a machine himself to automate the process. In the soft cheese market, efficiency is essential in order to be able to keep prices attractively low.”

QIS
The QiSOFT Quality Improvement System (QIS) is a software system designed and developed for the collection, analysis and visualisation of real-time quality, production and performance data. QIS supports quality management from supplier to end consumer and makes data available to all disciplines in real time, as soon as the data is generated. The system is designed to identify, resolve and prevent quality problems. QiSOFT is active for various process industries and is market leader in the dairy industry. 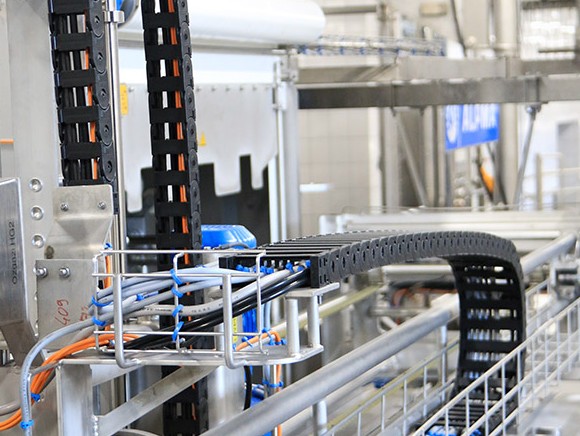 A large volume can also contribute to lower unit costs. “By 2018 the factory must be able to handle 275 million kilos of milk, more than three times as much as today. That won’t only be used to produce soft cheese. The owner thinks ahead and has seen that the number of Turkish consumers – and hence the market – is no longer growing, so there’s less demand for large tins. As far back as eight years ago I developed a number of products for the retail channel, such as soft cheese vacuum-packed per 200 or 180 grams. We already supply them to customers such as La Place and Sligro, and we’re now further extending our range. We’re going to make Turkish yoghurt and analogue cheese, which is cheese made from plant-based rather than animal-based ingredients. Another new addition to our production programme is ultrafiltration cheese, which is primarily popular in the Middle East. And the fourth new product is ayran, which is a popular yoghurt drink in Turkey. We package it in a PP bottle with a cap so that it’s resealable.” Kil has high hopes for the drink, not least due to the packaging.

All the plans must be realised before the end of this year, and they are working hard on assembling the new machines in Etten-Leur. Although not many extra people will be needed in production, the company has recently set up its own laboratory staffed by its own employees and the quality management has been reinforced. “The new products are accompanied by new quality requirements. We now have multiple production lines instead of just one. Thanks to QIS we will soon have a paperless operation because all our processing and production data will be entered directly into the system and can be accessed at any time. We’ve looked at the system in use at other cheese producing companies and seen that it works.”
Aad Eikelenboom from QiSOFT in the Netherlands calls the automated data logging of the process information a major step for Özgazi. “Moreover, it’s a step that will enable significant improvements: process improvements, quality improvements and precise tracking & tracing, the upstream and downstream monitoring of raw material flows. The gathered data, which can be accessed per period, makes it possible to prepare reports and conduct analysis as the basis for further improvements.”
“For us, it’s important that it’s a proven technology,” states Kil. “That it offers us just what we need, nothing more and nothing less. Our people still need to learn how to work with it so we’re taking things step by step. In terms of what has been implemented so far, QIS works perfectly.”