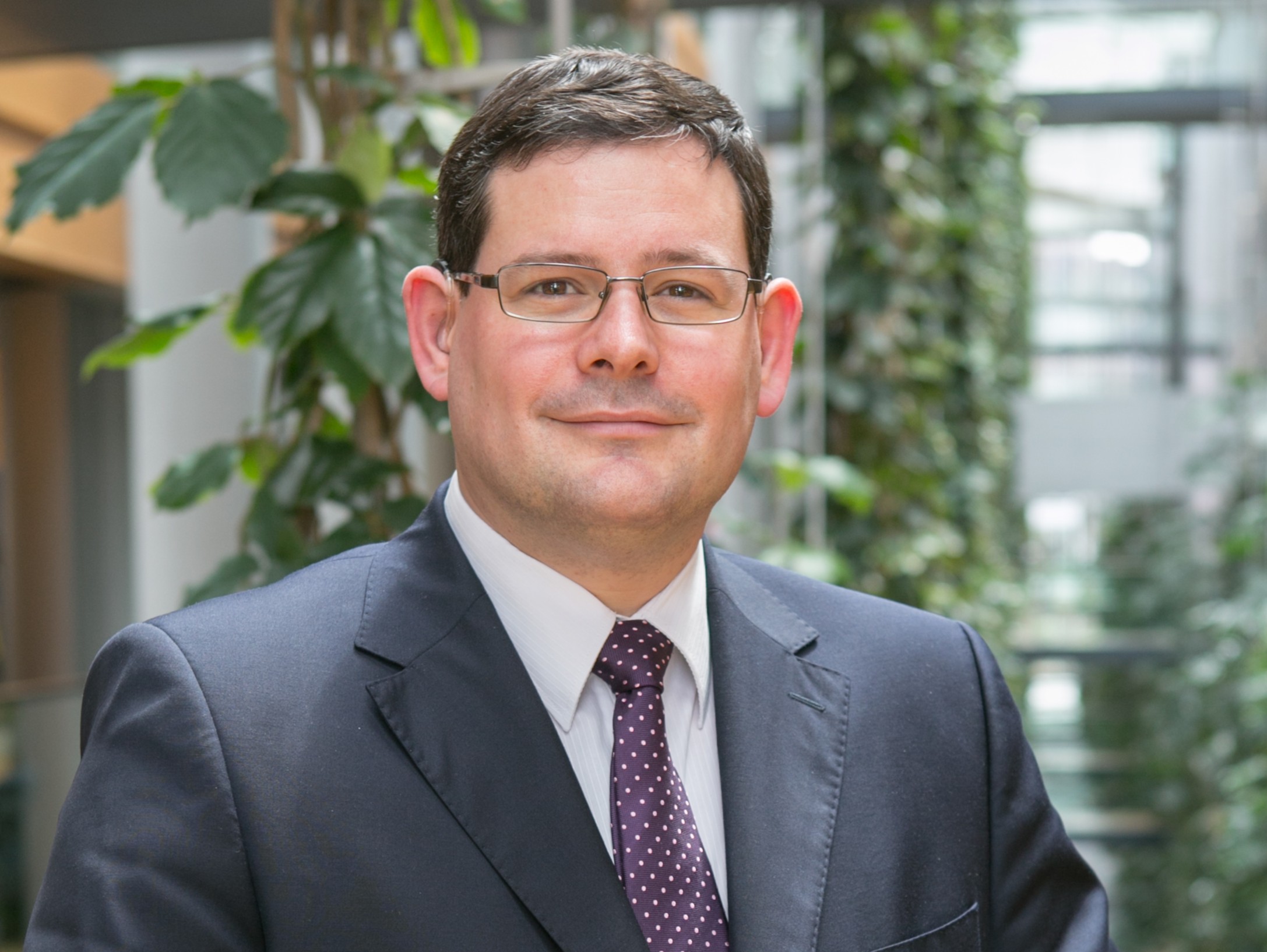 There are around 30 million blind and visually impaired people in Europe and, due to the ageing population, this group is growing all the time. In the spring of 2011, Hungarian MEP Ádám Kósa, together with four other MEPs, submitted a written declaration on a voluntary system of braille labelling on the packaging of consumer products. “A blind person doesn’t know whether he’s picking up a bottle of milk or a bottle of bleach,” he explains. “Without access to the information on food labels, these people have no independence, safety, freedom of choice or human dignity.”

How was your declaration received in the European Parliament?

“No fewer than 447 MEPs signed the declaration,” Kósa signs. “The European Parliament used it to call on the European Commission to investigate the costs, effectiveness and feasibility of introducing it at European level. A few months later, the European Parliament agreed to new rules on food labelling. There was talk of a requirement to provide braille labelling, but this was ultimately not included in the regulation. We’re nevertheless continuing our efforts to improve the accessibility of product information for visually impaired people.”

Why is this so important?

“For most people shopping is a normal everyday activity, but for visually impaired people it poses an enormous challenge. We believe they too have the right to independence and full participation in society,” explains Kósa who, in his quest to make this a reality, is working closely with the EBU (European Blind Union). This is the largest advocacy organisation for blind and visually impaired people in Europe.

The proposal for braille on packaging was not adopted. Are there other ways of conveying information on packaging that do have a chance of success?

“We’ve now let go of the idea of requiring braille on packaging,” replies Kósa. “The main reason is that far from all blind people can read braille. Only 15% can read it well and 30% a little, whereas more than 50% have no knowledge of it at all. We believe that it’s important to find a solution that is accessible to everyone. We therefore reject any projects that require special equipment. I believe more in a universal design.”

Kósa mentions a project based on the near field communication (NFC) system. This technology was developed and standardised by the NFC Forum, which includes Philips, Sony and Nokia. It is mainly intended for use in mobile telephones. The technology has existed since 2006, but it was only in 2011 that its potential was discovered as a means of enabling blind and visually impaired people to access information on labels, and it is still very much in the development stage. “An App for visually impaired people could be used to enlarge the information on the label, read it aloud and even translate it into any required language.”

Ádám Kósa: “A blind person doesn’t know whether he's picking up a bottle of milk or a bottle of bleach.”

NFC is designed to exchange small amounts of information over short distances. The NFC technology offers a huge number of possibilities, far beyond providing information for blind and visually impaired people. ‘Near field communication is more than just a technology!’ exclaim the trendwatchers. In the years ahead the technology is certainly expected to affect the way in which both businesses and consumers connect and communicate. Potential applications are opening up all the time. With cheap NFC chips, for example, it will be possible to transform packaging and graphic products into media with two-way communication.

At the beginning of the year you gave a presentation to people from the food industry demonstrating the possibilities of NFC. How did they react to this technology?

“The reaction was unanimously positive. They’re very keen to use it. At this stage it’s still voluntary. When it comes to a legal framework, the ball’s in the European Commission’s court. They now need to come up with a proposal. It really is time to put words into action,” Kósa signs spiritedly.

‘Not all blind people can read braille’

What are the actual legal grounds for introducing legislation?

Kósa nods, as he has clearly been asked this question many times: “First there is a European treaty that guarantees the free movement of products,” he begins. “Currently, however, many products are not freely accessible to Europeans, because they are blind or visually impaired. Second, there is the UN Convention on the Rights of Persons with Disabilities. That is intended to guarantee among other things that disabled people can participate fully and effectively in political and public life. All European Union member states, and the European Union itself, have signed this United Nations convention. We consider that ‘participating in public life’ includes the ability to shop independently.

Third, there is the International Covenant on Civil and Political Rights, which was initiated by the United Nations and is based on the Universal Declaration of Human Rights. The ability to read information on packaging is essential for disabled people to lead a healthy life. Without assistance, visually impaired people currently don’t know what they’re buying and therefore cannot choose freely.”

How soon do you expect a law on this to be implemented?

“I believe there’s a good chance of a law being adopted within two years requiring manufacturers to make label information accessible to visually impaired people in one way or another. But that will not be the end of the story. After the EU has adopted a law, it will take around five years for it to be actually implemented. There will certainly be member states that introduce the requirement sooner. Others will adopt a more wait-and-see stance, that’s always the way.” 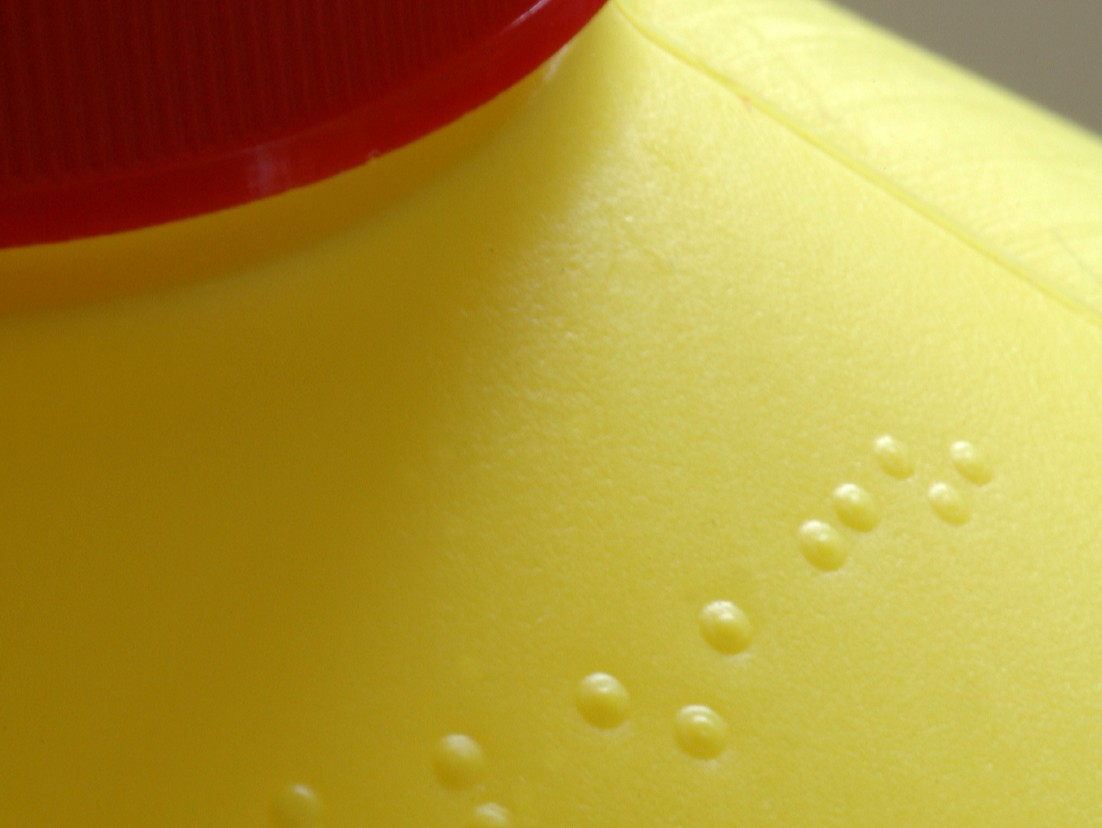 “In the meantime every manufacturer naturally has the option to anticipate any legislation and make its products accessible to this enormous target group by means of intelligent labelling or smart tags,” says the MEP in conclusion. “Adapting the labels to the possibilities offered by NFC is not necessarily costly. It is genuinely achievable. And it is naturally not only in the interests of blind and visually impaired people: for producers too, it’s advantageous that their products can be purchased by all potential consumers. At present, they’re excluding a large group.”