"Use qualities of tradition for transformation"

"Use qualities of tradition for transformation" 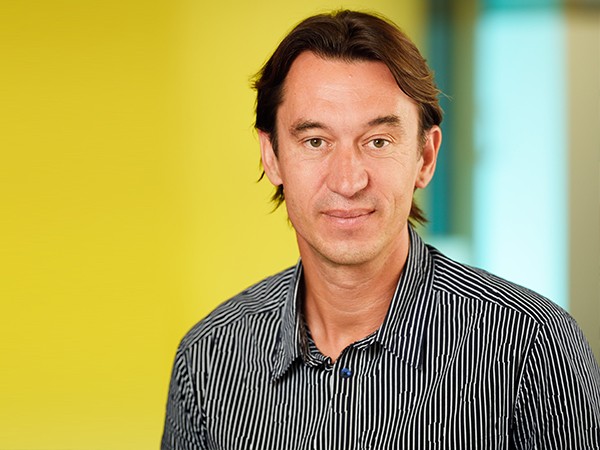 By turning cooking and agriculture into a new nature, man has established a dominant position in the food chain, says scientist and philosopher Koert van Mensvoort. The food industry is also on its way to becoming a Next Nature, although we still have to get used to the technology that goes with it.

Artist, technologist and philosopher Koert van Mensvoort is looking forward to a future in which robots will operate organic agriculture. Forward - and not back - to nature, is his credo. As head of the Next Nature Network, he likes to stimulate discussions about our current and future image of the balance between technology and nature. Van Mensvoort gives lectures, writes books and is affiliated with the Eindhoven University of Technology. He is also the godfather of the concept of Next Nature.

What do you mean by Next Nature?

"At Next Nature Network, we encourage you to look at the connection between technology and nature in a new way. The two are usually judged as opposites - nature is by definition not a technique, because everything that is born, is called nature and everything that is made by man, is called technology. Naive, we believe. Because a park, where people think they experience nature, is completely artificial and constructed. Or take a banana, a product that is considered completely 'natural'. But a banana is cultivated and further developed. If technology works well, it is no longer recognised as such. Nature is dynamic. The nature that is caused by culture, that new nature, is Next Nature." 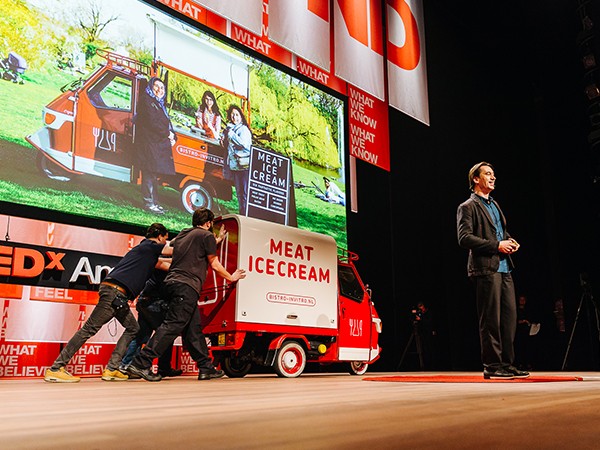 Where do cooking, agriculture and the food industry stand on the Next Nature ladder?

"Cooking is the oldest and most ultimate form of Next Nature. After all, cooking has given us a bigger brain and a smaller gastrointestinal system, which has made us into modern and social people. So, once upon a time, cooking was an invention, a technique, but now it is part of human nature. Agriculture, too, was once Next Nature. After the phase of hunting and gathering, we started to plan our food supply on land and began to domesticate animals. That was a radical intervention which made man a dominant factor in the food chain. Agriculture occupies an important place in our landscape and is deeply rooted in our existence. This is even less true for the food industry. Although we have set up the industry, it has become a nature in itself: complex, unpredictable and autonomous. Industry has an important place in the supply of food and at the same time it is barely visible. Moreover, it is unimaginable to feed the growing world population without the food industry. But the techniques used, such as robotisation and digitisation, are still a long way from us. Like cooking and agriculture, we still have to find our way with it."

As far as you are concerned, what does the ideal agri-food landscape look like halfway through this century?

"I am in favour of a synthesis between biology and technology, using the qualities of tradition to transform. I like to call it innovative nostalgia. I look forward, for example, to organic farming, without the use of huge mowers and pesticides, the implementation of which is carried out using modern technology. I can see solar-powered drones that support weeding, harvesting, detecting crop diseases and packaging. For example, in a food forest, where many types of crops can grow and the drones, like robotic insects, pick apples and blackberries. The technology is already in place, but it is not yet advanced enough to help meet the enormous demand for food. In any case, I am very optimistic about the future of our agri-food landscape. After the Second World War, the food supply was focused on availability and efficiency, based on the idea of ´no more hunger´. Now that we have created that situation, we can explore how we can make food more interesting, richer and more diverse." 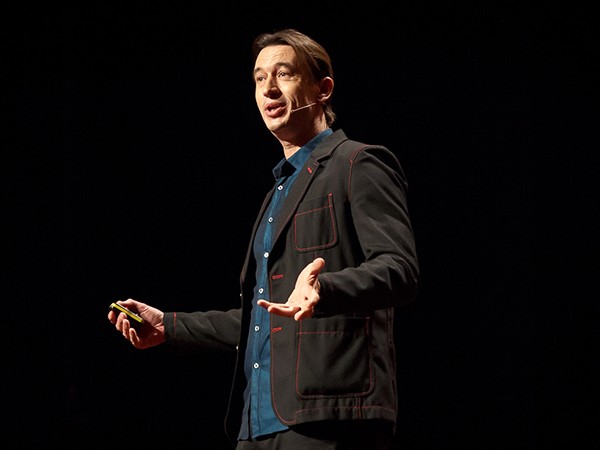 What role is there for the human being in your ideal image? And for the food industry?

"My grandfather was a farmer, at a time when many people were farming out of necessity in order to be able to answer society's demand for food. Thanks to technology, this basic food production has been outsourced. Nowadays, farming has become almost a recreational activity, as evidenced by the many vertical vegetable gardens on city roofs, among other things. This in turn creates room for other occupations, in which people can still be involved with food. In my grandfather's time, for example, there were no diet coaches or food designers. Now there are. Food remains an important theme to relate to as a human being, because it literally becomes part of your body."

In addition to the further development of technology, what is needed to achieve this synthesis between biology and technology?

"The biggest obstacle to overcome is our imagination. Consumers think they want to go back to the days of our grandparents, with so-called traditional food products, but the role and possibilities of technology are not yet embraced. Genetically modified food, for example, suffers from a negative image because it has been put in a very bad light by nature organisations. But it also offers us a lot. With Next Nature Network, we challenge people by searching for nuance, questioning them and enriching them with possibilities. We go beyond the yes/no discussion and ask the how-question. How do we deal with meat production now that it is clear that it contributes significantly to climate change? Should everyone become a vegetarian, eat more insects, or cultivate sustainably produced meat? There is no one correct answer, there are several possible scenarios that we can easily explore in parallel. This means that there is still a lot to choose from. The only thing we know about the future is that things are going to change. Let's seize the possibilities of technology."

According to Van Mensvoort, eating cultured meat is one of the options to answer the question of how to feed 9 billion people in 2050. In the cultured meat cookbook, Van Mensvoort, together with other artists, chefs and designers, explores the food culture that comes with eating cultured meat. They do so by presenting 45 recipes that may end up on our plates in the future. Imagine an appetizer of meatfruit or a celebrity snack, assuming that we can also grow human flesh. Van Mensvoort: "One of my favourite recipes is the sausage made from the cultured meat of a petting zoo pig. Imagine being able to serve it up to your children and then stroking the piglet from which the meat comes together at the petting zoo. Would vegetarians eat it? It would at least radically change our consumerist attitude towards animals."