The future of food safety

The future of food safety 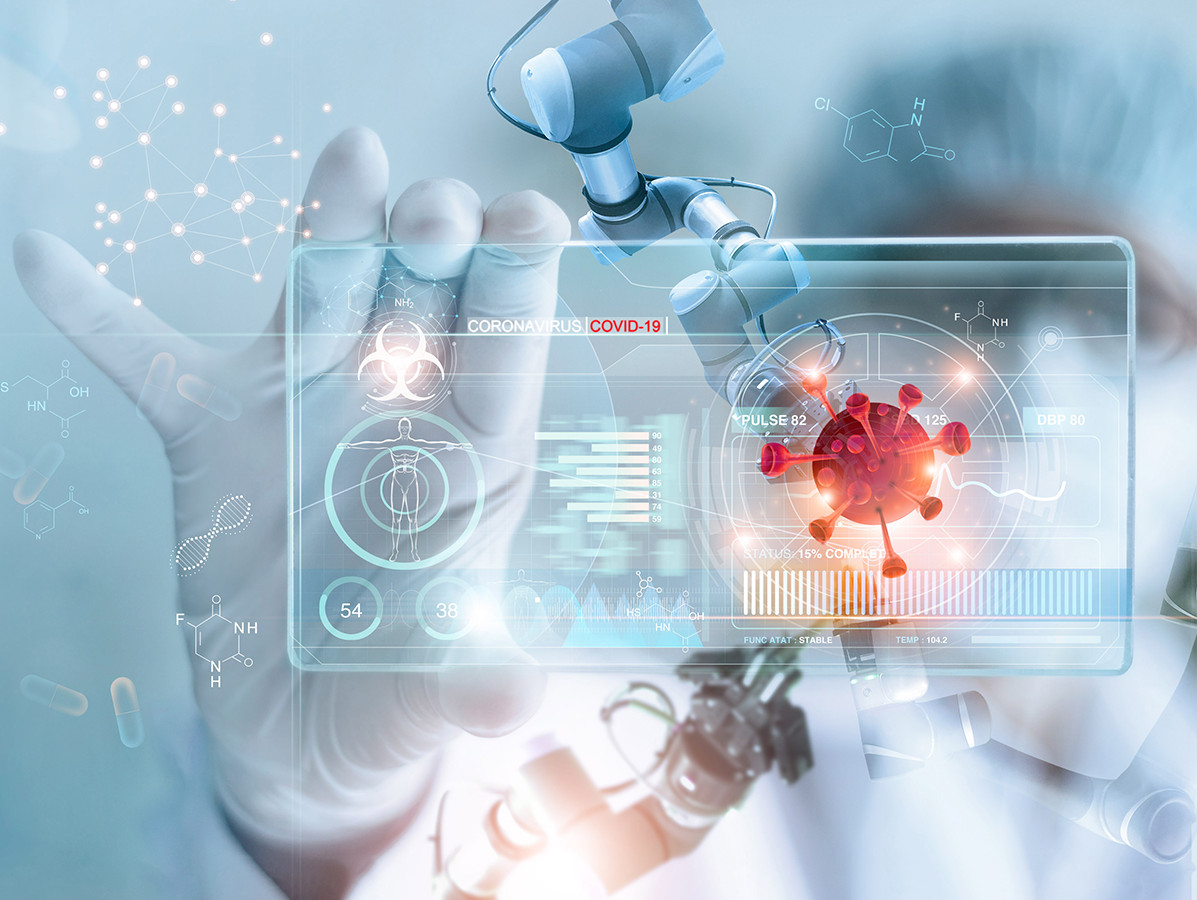 The horsemeat affair, salmonella in smoked salmon, Q fever, bird flu, the pesticide fipronil in eggs; one might almost think that food safety in the Netherlands and Europe is poor. Is it? We discuss it with Marco Balhuizen, lawyer at DVAN Advocaten, Dirk Goede, director of Adriaan Goede BV and Eugène Scholten, CEO of the Kennemervis Group.

"In Dutch companies, food safety has top priority," says Marco Balhuizen. "Whoever makes a mess of it, is 'out of business'." According to Eugène Scholten, this is only logical: "Consumers must be able to rely 100% on the fact that the food they buy is safe. To achieve this, it is essential that you have control over every step in the entire chain. Although I think food in the West has really become safer, I also notice that tolerance is decreasing. Discussions about food safety are increasingly about 'liability', or the question 'who is liable and responsible'.

Marco Balhuizen acknowledges that: "Certainly with recalls, discussions always arise about this: 'Is the recall enforced by the regulator justified? Is there actually a food safety risk? What happens if the insurer does not want to cover it? That is a pitfall, by the way. Companies often don't realise that if they start differentiating, for example by producing peanut butter as well as jam, their risk profile will change. And so the contract with the insurer. That's really underestimated."

It is striking that in many of the recent food safety issues there was no food safety hazard. "It's very often about exceeding standards," says Marco Balhuizen. "Some standards, for example for the presence of certain toxins, are very strict in Europe. Standards also seem to be formulated more and more sharply, now that it is possible to analyse them better and better - up to a practically non-existent. Techniques for doing so are constantly improving. Some producers outside the EU say that there is something else behind it: 'it is not about food safety, but about protecting Europe's own products and industry'. Geopolitics, in other words. We think that food safety is always an objective issue. That is not the case, multiple interests often play a role. What makes it even more difficult is that for some substances, such as toxic fungi, there are no uniform European standards. Research is still being carried out into this. In anticipation of the results, regulators from the various countries will probably come up with their own standard. From a legal point of view, it is strange that the supervisor should be involved in making legislation. There is no uniformity, as a result the same batch of pistachio nuts in the port of Rotterdam can be rejected by the Dutch Food and Consumer Product Safety Authority (NVWA), but in the port of Hamburg is found to be safe by the German food authority. That's odd. It is also difficult to get a clear picture of all those different standards in Europe. That makes it even more difficult for companies to set up their quality policy in this respect". 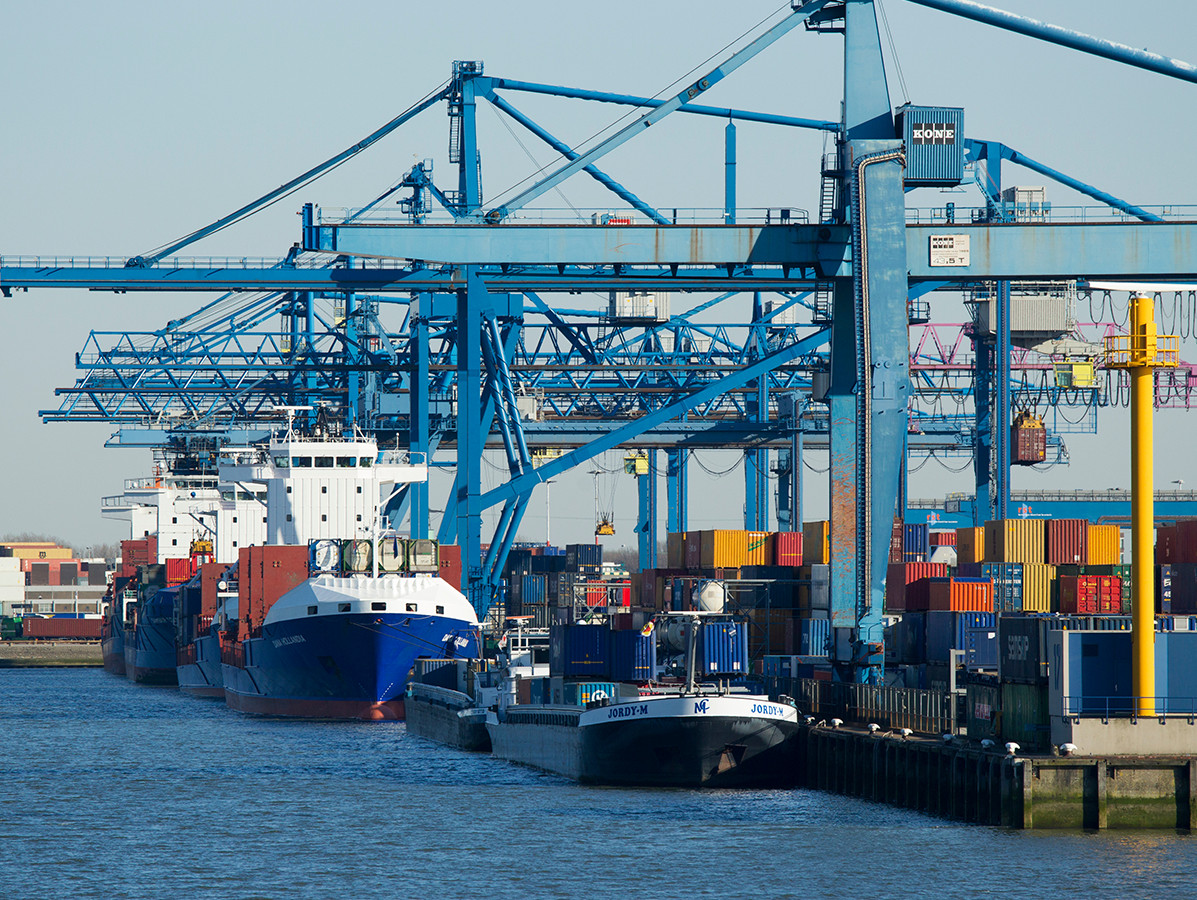 In the Fipronil crisis, too, standards were a point of contention: was food safety compromised or not? The crisis is still very much in Dirk Goede's memory. "For our company, that was much more far-reaching than what they are now experiencing with corona. Every week Adriaan Goede processes 15 to 20 million eggs. They make a wide range of high quality egg products that travel around the world. "We have good purchasing specifications and continuously check for residues such as pesticides and antibiotics. We also have our own laboratory." In his mind he goes back to July 27, 2017: "I was about to board the plane with my family when I was called by the office: 'There is a report of a poultry farm where fipronil was found. What do we do?' I asked if it was a supplier of ours. It wasn't, so I told them to let all our customers know right away. With that, I thought it was settled. But when I turned my phone back on in the evening, there was almost smoke coming out. I read in the e-mails that the NVWA had seized the fipronil from the Chickfriend company, had examined their computers and had shut down a number of customers who had been supplied. The RIVM said it was not necessary to destroy everything, because there was no danger to public health. In order to prevent further unrest and to relieve our customers, we immediately retrieved and replaced all products worldwide. During a recall, you have to take responsibility yourself. With hindsight, we're glad we tackled it this way; it didn't cost us any customers. We also told the NVWA that their standard was based on a content in the fresh egg, while we make dried products. Different limits apply. They were adamant and drew up their own plan, without listening to the experts. Because they did not know what to do with the situation, they were very rigid in their approach. Only after 3 months they agreed to an adjusted standard for dried product. In the meantime, a lot of product had already been destroyed. We were placed in a corner, got a kick after and no compensation. That left us in despair. Now, in the corona crisis, fortunately the experts are being listened to, the RIVM is taken seriously by the cabinet". 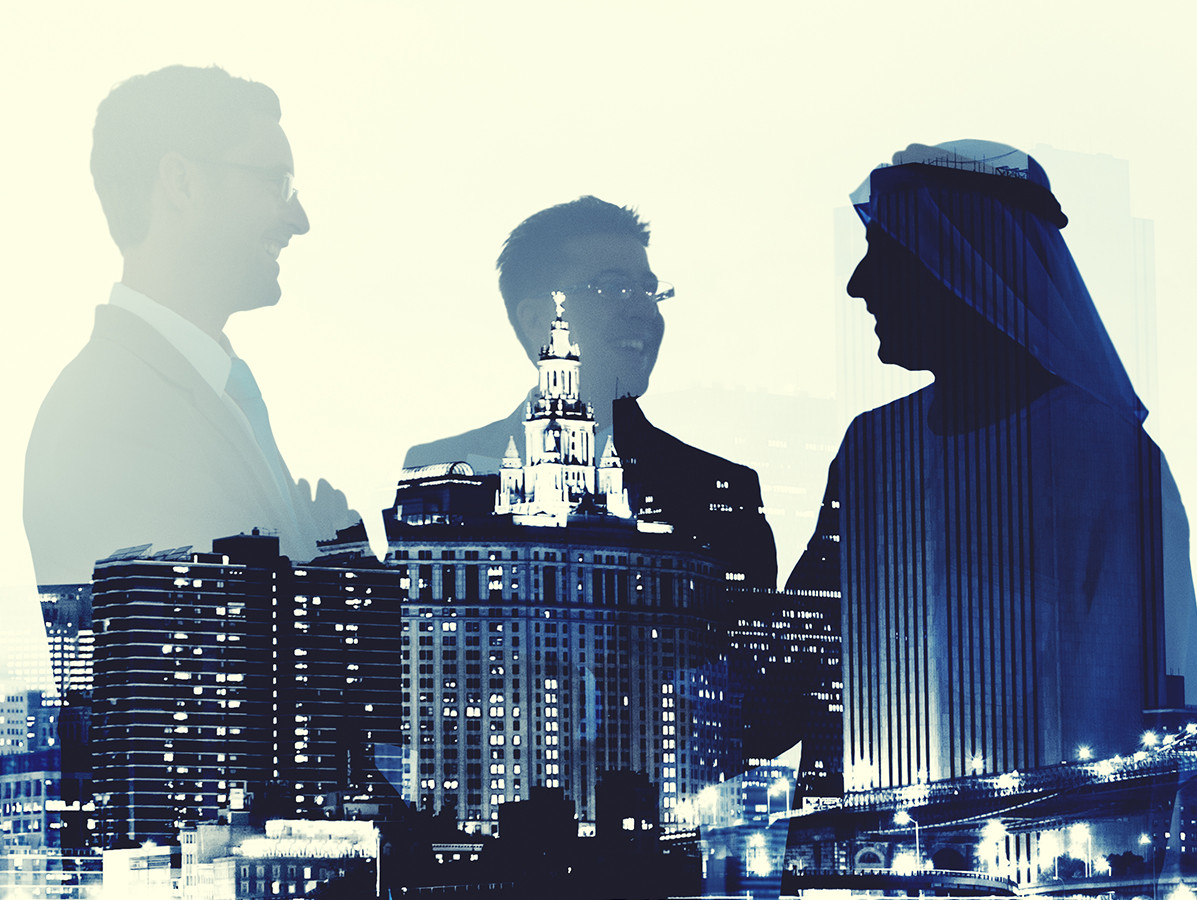 No matter how good you are at ensuring food safety in your company, there is always room for improvement. At Adriaan Goede it's all about quality. "The legal standards are even less strict than what some customers demand of us," says Dirk Goede. " What the customer demands, then, is leading. We are also aware of potential dangers, such as extortion or someone wanting to spray poison into a container or tank. You have to build up barriers against that. With us, for example, you enter production via an iris scan. Only our own personnel has access."

At the Kennermervis Group too, quality is the foundation of the policy. Eugène Scholten: "By taking quality as a basis, it is not only the responsibility of the quality manager, but a value that is fully supported by the entire company: Strong together, better together'. Quality 10 is embedded in the company culture; the Q-10 rules are everywhere. People are entitled to stop the process if they think something is wrong, without permission from the top," explains Eugène. "If something doesn't go well, we see it as an opportunity to improve. That's how we make quality negotiable. The biggest risk is that mistakes are pushed under the carpet, out of fear."

"Exactly!", responding Dirk Goede. "What I tell our staff is that you have to produce as if you were giving it to your children. Suppose you're baking pancakes at home. The dog walks between your legs. One pancake accidentally falls on the floor. Would you give it to your children? Almost everyone throws it away: there are dog hairs on it, it's not fresh. Why would it be any different in the industry? That's madness! We've automated a lot, which minimizes the chance of 'mistakes'. Production has increased sevenfold in recent years, but we still work with 30 people. Of those, 5 are for quality assurance. They are constantly checking, informing, explaining and instructing. That process never stops!

Controlling and communicating both internally and externally, are essential ingredients for ensuring food safety. "So you have to keep audits and stay in touch with your suppliers and customers," says Dirk Goede. "And sometimes you just have to work together with your competitors. The dioxin crisis and bird flu have taught us that you have to work together. This has led to the mandatory stamp on all eggs for full traceability. We are also inspected ourselves. In January, for example, we had the annual BRC audit and we receive an audit of customers twice a month on average. Some companies find audits terrible and time-consuming. I don't feel that way. We are positive about it, because we are learning from it." 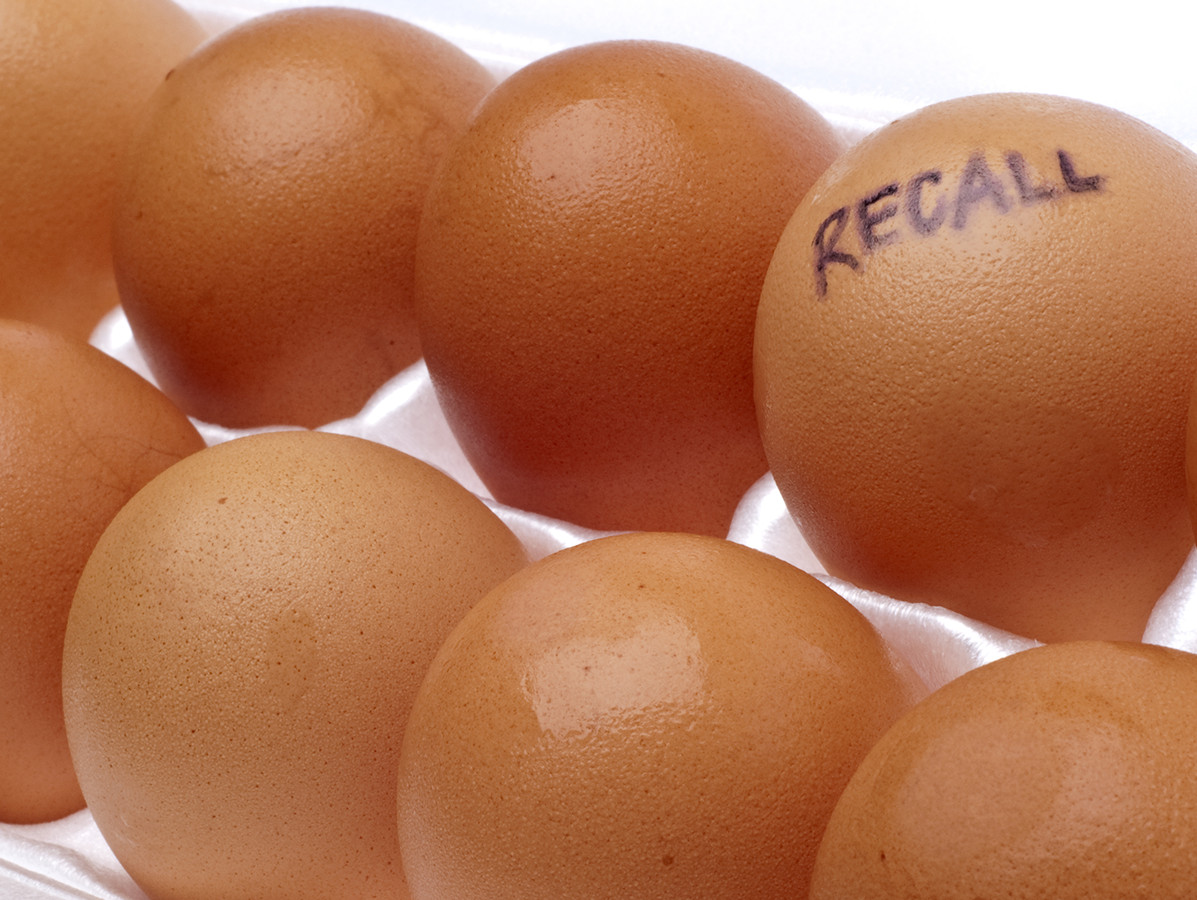 "Know who you're doing business with!" emphasizes Eugène Scholten. "Maintain long-term relationships with suppliers, visit them, make good agreements and record them, hold audits. You have to stay sharp every day, check cleaning processes, take swaps and make sure that that doesn't become routine. We take it one step further, and are now redesigning our supplier data chain. By using new technology, we can process and analyse data more intelligently.

We are also working on a project of Hogeschool Leiden to validate new WGS technology. We also want to apply this now to identify the source(s) in the event of an infection. Internally we have started to cooperate more; with the other companies within the Kennemervis Group. We meet more often. We learn from each other and make more use of each other's skills".

"We've started to see food safety in a broader sense. It's also an ethical issue," says Eugène. "It's about how you deal with the CO2 footprint, which packaging materials you choose, how animal-friendly you are and sustainable energy use. Society and our customers expect a lot from us.

"Guaranteeing food safety 100% is an illusion, no matter how many precautions you take," says Marco Balhuizen. "It's all about minimizing the risks, throughout the entire chain, right up to and including the consumer's home. In that last phase there is still profit to be made".

"How can we further improve food safety? By joining forces even more," concludes Dirk Goede. "Making food as safe as possible is a joint objective of the business community and the government. We must not see each other as enemies. The tendency for central governments to shirk all responsibility has turned out badly in some areas. There will always be producers who seek the limits of the rules for their own gain, after all, you can earn a lot of money from food if you mess around a bit. The government has to be tough on offenders. In the Netherlands, we're far too soft in that respect."