Taking slicing and packaging to the highest leve

Taking slicing and packaging to the highest leve 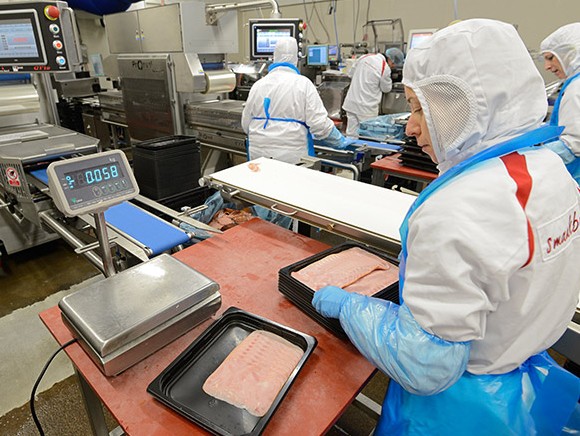 Ton Aarnink’s meat factory is based in the Dutch town of Meppel. With his knowledge of the business, his strong team and top-quality machines, this seasoned butcher can make virtually any meat product.

Ton Aarnink has been working in the meat business for half a century. He started out as a butcher’s boy when he was just 15 years old, and a few years later he opened his own butcher’s shop. After around two decades, when he no longer felt he could make a living out of it, he moved into manufacturing sausages and quality meat products. Ton Aarnink: “My first meat factory was a small facility in Deventer. The company grew rapidly. The building was constructed in 2000, and we’d just added an extension to it in 2007 when the company Dengerink approached me, asking if I was interested in buying their business. In view of the substantial investment I’d just made, I wasn’t – but I went to take a look purely out of curiosity and ended up acquiring it,” he recalls, laughing.

Listening to the customer

Aarnink supplies an extremely wide range of sausages and quality meat products for the higher end of the market, from ham to chipolata sausages and from chicken to various kinds of bacon. The company is primarily focused on the foodservice and retail sectors. Thanks to his background in the butcher’s trade, Ton is a valuable partner for customers when it comes to manufacturing good products. “We don’t compete on price,” he states. “For us, it’s all about making good, honest products. That’s why we manufacture meat products with the Beter Leven (‘Better Life’) mark and we work in line with high standards of quality – plus we’re continuously making improvements. Our meat contains less salt, fewer E-numbers and fewer artificial additives, for example, and we can also produce gluten-free and allergen-free products.”

Slicing and packaging round the clock

The company’s butchers prepare the sausages and meat products using traditional methods in the butchery area, the sausage-making department and the factory kitchen. After the preparation phase some of the products are immediately vacuum-packed for sale in bulk, and the rest are portioned. In Deventer, Aarnink started out with a single small slicer for the occasional customer who wanted something sliced. Nowadays the company operates five slicing lines which sometimes run 24 hours a day. “We supply small-portion packs containing one to three slices, kilo packs, and everything in between. That’s why reliable and fast machines are the lifeblood of our company.” 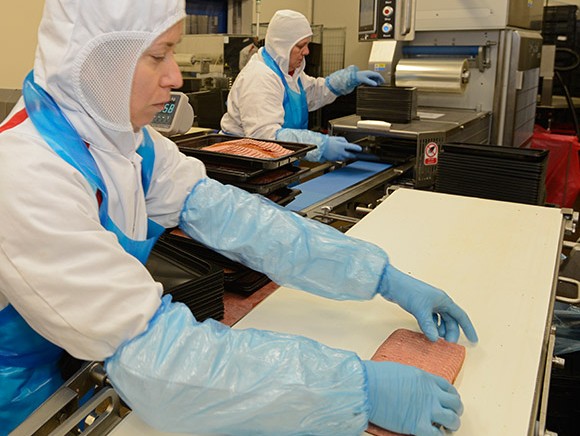 ‘Our number-one priority is machine reliability’

“We’ve gained more and more new customers over the years and our company has grown considerably,” says Ton. “So our machine park also had to be expanded. Our Operational Director Aran Slooff looked into which supplier was best suited to meet our wants and needs. Our number-one priority is machine reliability, and the after-sales service has to be perfect too. We can’t afford to have a machine break down and have to wait a week for an engineer to come and solve the problem. So we chose Sismatec, a dependable organisation with its own technical service team and solid brands.”

Engineer just around the corner

“Sismatec has a nationwide network of engineers and one even lives just around the corner from us. They have up-to-date technical knowledge and the parts are always in stock,” Aran says, speaking from experience. “We work with a Treif slicer and Proseal tray sealing machines. The machines were installed during our decision-making process so that we could test them, without obligation, before buying. We really appreciated that. We immediately discovered that the machines work quickly and that the end product looks good. The Proseals come with various moulds that are quick and easy to change over. That’s very advantageous in view of the wide diversity of packaging dimensions we work with. Besides that, both machines are very easy to operate, and that’s essential because our workforce is a mix of high-skilled and low-skilled employees. At Sismatec they provide sound advice and have a very clear understanding of what’s important to us. The relationship is based on personal contact and trust. That’s very reassuring, especially when you’re investing a serious amount of money.” 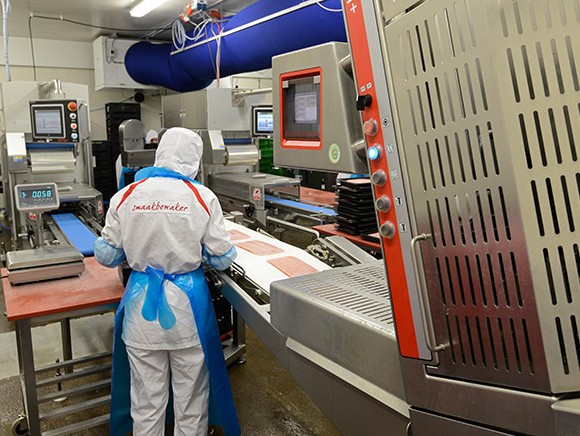 Aarnink Vleeswaren offers a very broad range of products. “To be honest, it’s a little too broad,” Ton concedes, “but I find it hard to say ‘No’. The strength of our company lies in the fact that we listen closely to what each customer wants. For example, we were recently approached by a customer who wanted to combine ham with rocket. In cases like that, we keep making samples until we’ve got the perfect result. When someone has a unique request, it often leads to the birth of yet another new product.”