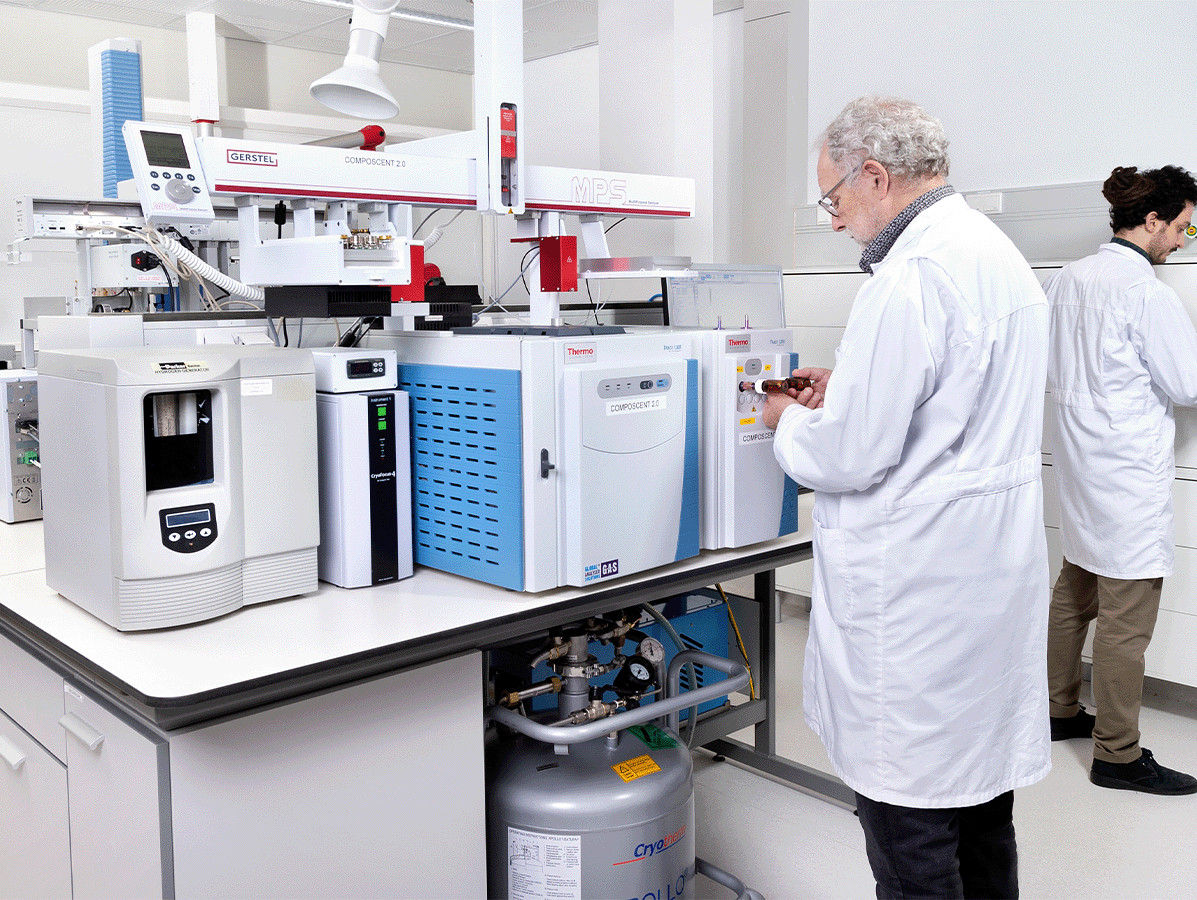 The demand for meat, dairy and fish replacement products is growing steadily. Producers are investing heavily to improve their range. Aroma and taste are the main challenges, because vegetable proteins from soya or peas, for example, can have a different flavour or bitter taste. Wageningen University & Research (WUR) has the expert knowledge and equipment to optimise the aroma and taste of these innovative products.

Consumers are looking for products that can replace meat, dairy and fish on a one-to-one basis. They can then maintain their normal eating pattern, which makes it easier to switch to a plant-based alternative. In addition to texture, it is especially taste and aroma that are important when it comes to approving meat substitutes. This is called flavour. It is the field of Catrienus de Jong and Wibke Roland, flavour scientists at WUR. "For the replacement of animal proteins, mainly vegetable proteins from soya, wheat, peas and faba beans are used. These often have a beany or bitter flavour. If you eat pea soup, then the pea flavour is desirable. In a meat substitute, this flavour is an off-flavour," explains Wibke. "The challenge is to reduce off-flavours and obtain a desired flavour."

Flavours are a complex field. Basic tastes  are experienced on the tongue, Wibke's area of expertise. Sweet, sour, salty, bitter, and umami are all distinguished. In addition, there is the aroma perceived through the nose, Catrienus' speciality: "In aromas, a difference is made between the smell above the product itself and the smell released when eating and swallowing, in other words, what you smell when you exhale. This so-called retro nasal experience is very important in the perception of the flavour of the product. For many products you could say that tasting you do mostly with your nose.   Measurements show that some aroma components are present in the food, but not released in the exhaled air. The aroma in question is then not or only partially perceived and therefore  not part of the flavour perception of a product. This is what you also perceive when you have a cold, you don't taste anything except the basic tastes.

Both the foodstuff, also called matrix, and the eating behaviour influence smell and taste. For example, the same flavour components can generate different aromas depending on the product in which they are found. Strawberry flavour in whole milk, for example, is perceived differently than in semi-skimmed or skimmed milk. What you smell are the components that are released. You cannot smell or taste components that are retained. Products with vegetable proteins, which already contain off-flavours from the plant itself or as a result of oxidation, bind flavour compounds added for a meat, cheese, or fish flavour to a greater or lesser extent. The degree of binding varies per plant protein and is different again in a fungal or algal protein. These differences make it difficult to achieve the same flavour in vegetable products as in the original product of animal origin, even if the flavour composition is the same in both products.

When it comes to eating behaviour, factors such as the structure of the food, its colour, the way it is prepared, and how long someone chews it play a role in the experience of smell and taste. For example, a dry piece of meat (or meat substitute) does not retain its flavour as long as a juicy piece. If you eat quickly, you may not notice the aroma after swallowing and you may be tempted to take the next bite sooner. 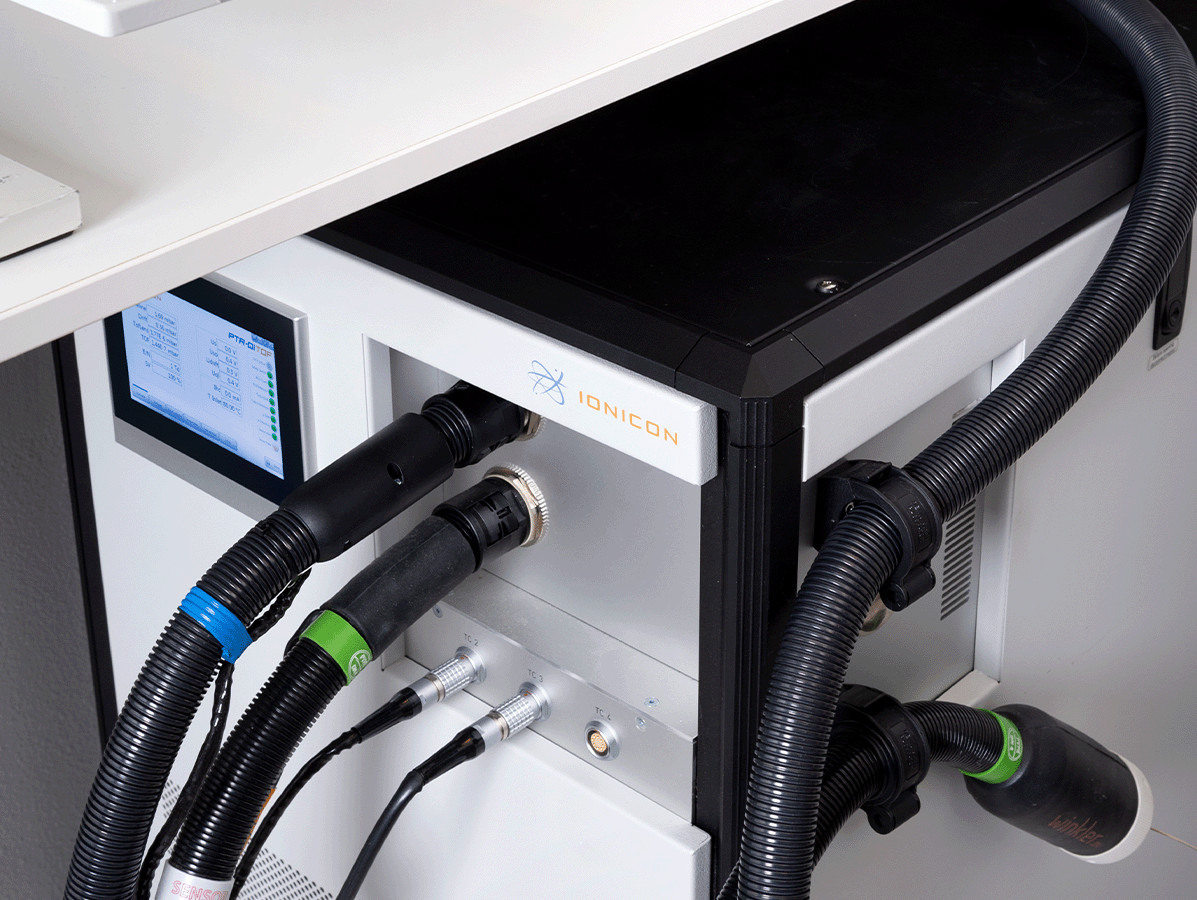 At WUR, both analytical and sensory flavour research is carried out. "We link analytical equipment to trained panelisis. That is exceptional and provides unique knowledge about the behaviour of flavours and how you can successfully use them in a product," says Catrienus. In the past, he has developed the Olfactoscan and Composcent; two in vivo-analytical instruments, based on traditional gas chromatography, which provide insight into the influence of individual components in a complex flavour.

Sometimes the experts examine a single product, sometimes an entire chain. "With peas and faba beans, together with the industry, we looked at how to minimise off-flavours in the final product," says Wibke. "We first tested hundreds of different  peas and faba beans and then looked at how the processing conditions during the separation of protein and starch affect the flavours and functionality of the purified proteins. Finally, the flavours in end products such as plant-based cheese or burgers were identified. This enables us to choose the most suitable type of bean and production process for the ingredients."

Fermentation is an important field of attention for the Wageningen flavour experts. One of the best-known fermented products is yoghurt, which is created by mixing milk with lactic acid bacteria and leaving it to ferment for a while. Fermentation is also an attractive production method for plant-based protein products because it can produce tasty, natural flavours or reduces of flavours.. Moreover, this method is in line with the consumer desire for fewer artificial additives ('clean label').

At the WUR, the Miniscreen has been developed to screen the fermentation of many different combinations of substrates and micro-organisms in a short period of time. In microtiter plates, various bacteria, yeasts, and/or moulds are added to different product ingredients. After fermentation, the flavour profile of each combination is determined in a direct, rapid analysis by means of a high resolution mass spectrometer (QTOF or Orbitrap). This quickly reveals the promising combinations of substrate and micro-organism. This information helps a company to develop a good-tasting product. The method has been successfully tested for various matrices for dairy and meat replacement products. "Wageningen University & Research does not produce flavours; fermentation is an exception, although in this case the micro-organisms are the producers," says Catrienus.

Mycoprotein for optimal texture and taste

Learning, innovating and developing for a new market