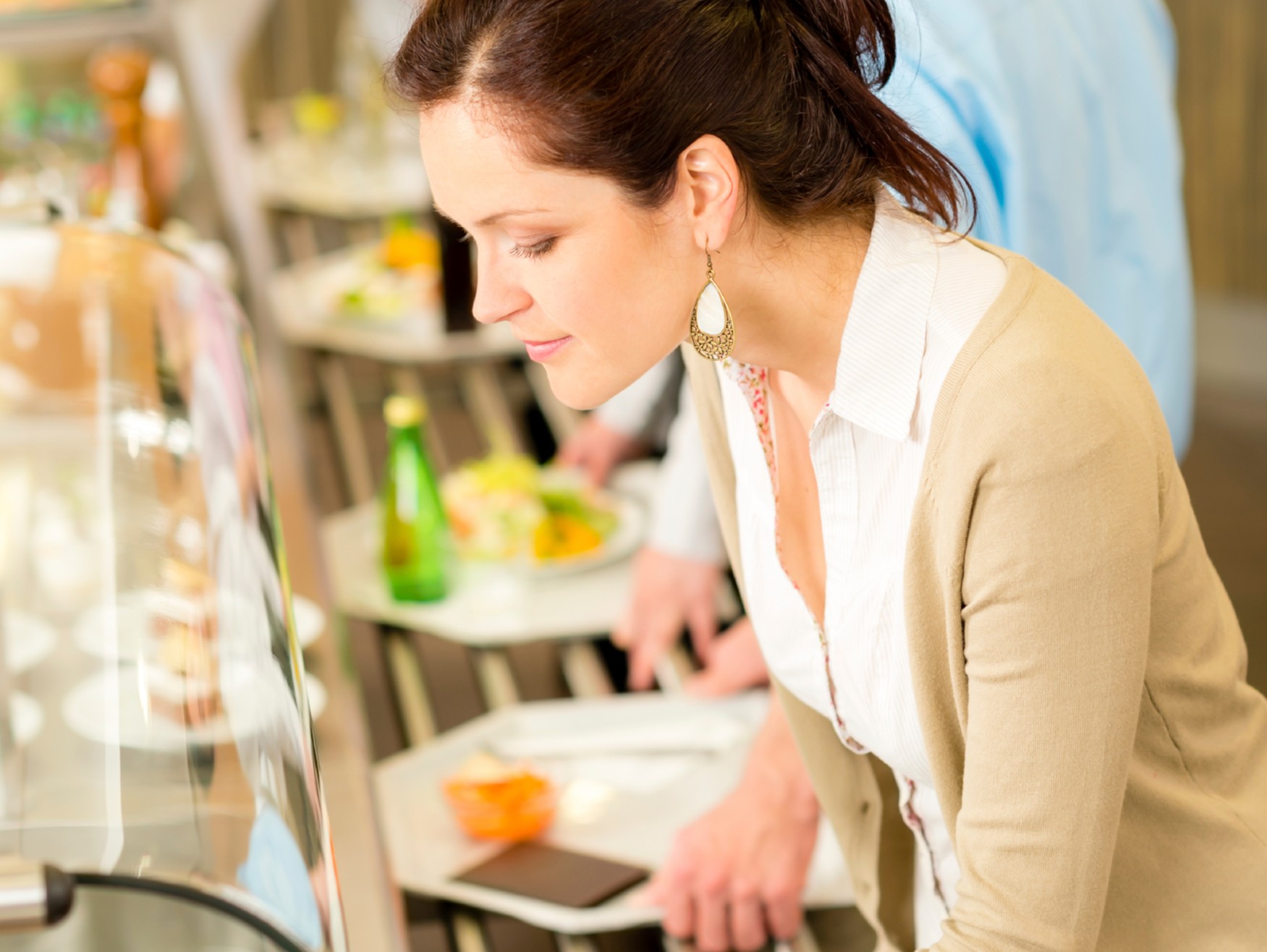 Why do consumers buy certain products and not others? Is it possible to influence consumers’ eating habits both consciously and unconsciously? What opportunities does this approach offer?

Wageningen UR Food & Biobased Research is exploring consumers’ attitudes to food products and their actual behaviour in practice. Manufacturers can use this information to optimally align their products with their target groups, and governments and public interest groups can develop policies that work – such as to promote healthy (or healthier) eating. Research into consumer behaviour can of course be carried out in laboratory experiments, but it is also possible to study real-life situations, such as in Wageningen UR’s Restaurant of the Future.

Restaurant of the Future

The measuring, understanding and influencing of food choice behaviour among consumers is one of the key aspects of the research carried out at the Restaurant of the Future. Why do consumers buy certain products and not others? There is obviously no simple answer to that question. If there were, such large numbers of new food products would not vanish from shelves within a year of their introduction due to disappointing sales performance – and that’s despite the fact that all products are rigorously tested before being launched! It would seem that such tests say little about the behaviour of shoppers in practice. Actual consumer behaviour in terms of product choices and eating habits is measured within Food & Biobased Research – not only in the Restaurant of the Future, where patrons are observed, but also in other real-life situations such as supermarkets, restaurants, care homes, schools and hospitals. In principle, researchers can study food choices and eating behaviour anywhere that people can buy or eat food. All of the acquired knowledge can be used to steer consumers towards different – e.g. healthier or more sustainable – eating habits.

‘Choices are generally made unconsciously’

It is possible to influence consumers’ eating habits both consciously and unconsciously. Literally meaning ‘a gentle push in the right direction’, the term ‘nudging’ is used with regard to exerting influence on unconscious consumer behaviour, stimulating them to make certain decisions yet leaving them free in making their actual choice. This makes use of the fact that choices are generally made unconsciously. Examples of nudging can include directing visual attention towards the desired choice, making the desired choice the easiest choice, or unconsciously increasing the appetite for a specific product. Within the context of food choice behaviour, nudging is being used to steer consumers towards healthy and/or sustainable choices. Various options are available for implicitly steering consumers, either in terms of adapting the environment (aroma, sound, light, position of the product on the shelf or in relation to other products) or the product itself (such as providing specific information with a product).

Consumers make various food choices every day, such as in the supermarket, canteen and at home when planning what – and how much – to eat. Many stakeholders (not only manufacturers and retailers but also governments) are trying to influence that food choice behaviour. The traditional method is to use reasoning to persuade consumers: by educating them about their choices or by being the cheapest option, for instance. However, this is not always effective because food choices depend on many different factors. Consumers often know very well which products are healthy or less healthy (awareness) and they also have the intention to change their behaviour (attitude). But why then does that not always happen in practice (behaviour)? In order to steer consumers towards making a healthier or more sustainable food choice, it is important to know which phase of the process they are in – awareness, attitude or behaviour.

Extensive research has already been carried out in the Restaurant of the Future into the effect of nudging strategies in real-life situations, in particular regarding the use of aromas, product information and product positioning. One of the studies examined the effect on food choice behaviour of low concentrations of a vanilla or citrus aroma. The citrus aroma influenced food choices: fewer consumers opted for cheese, and more chose mandarin oranges(1). Contrary to expectations, a vanilla aroma did not lead to more people choosing vanilla-based desserts, but it did result in a preference for meat/fish products over combined meals such as fried rice (nasi). Experiments using images have also demonstrated that the effect is not always as expected: photos of salads did not lead to more decisions for salads but rather to fewer decisions for desserts.

In another nudging study in the Restaurant of the Future, it was established that the lunch choice could be influenced by offering free samples of either a healthy fruit snack or an unhealthy deep-fried snack beforehand. The free sample did affect the subsequent lunch choice, but not by steering it in a healthier (or unhealthier) direction. Furthermore, the free snack resulted in people eating more food for lunch.

In a further test, the Restaurant of the Future was used to explore whether sandwiches made freshly to order (taking the consumers’ personal preferences into account) influenced the food choice compared with ready-made sandwiches. This was found not to be the case. However, it was discovered that the different types of sandwiches clearly appealed to different groups of people: the ‘fresh’ consumer generally tends to be a little older, a little fatter and less neophobic (neophobia = dislike of anything new) than the consumer who prefers ready-made sandwiches. As these examples show, nudging can sometimes produce surprising results. Hence, it opens up new opportunities to steer consumers towards choosing healthier or sustainable food products.

There are of course other factors that need to be considered when using nudging strategies to influence consumer food choice behaviour:

The question is whether such a decision needs to be made. Perhaps both approaches can reinforce one another.

The (implicit) influencing of consumer behaviour through nudging demands fine-tuning. Not all consumers are equally sensitive to behavioural changes or certain types of steering. It has often been shown in practice that a nudge which was successful in one situation or for one consumer group had a different effect or none at all in another situation or for another consumer group. In other words, a nudge works on subpopulations rather than on entire populations. Furthermore, the exact mechanism is often not fully understood, and this can impede the development of new, successful nudges. Hence, further research into the effectiveness of nudging strategies is essential. 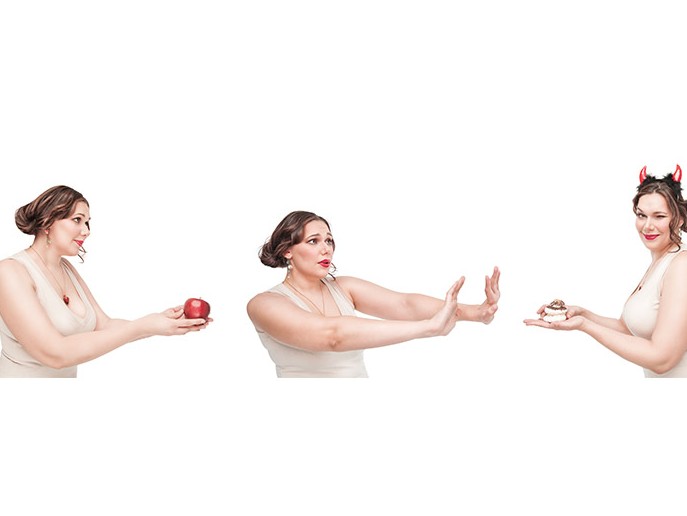 Applying nudges is usually easy and relatively inexpensive. However, to understand and increase the effectiveness of nudges, further research is crucial. In fact, it is not only important to look at whether a certain nudge is effective (and to what extent), but also to gain greater insight into why that is so. Only then will it be possible to adapt nudges to individual consumers and/or moments. The better we understand the underlying mechanisms of nudging, the more capable we will be of successfully developing new and targeted nudges in order to stimulate consumers to make healthier and more sustainable food choices.