Marc Laus: 'We can't sit back and relax'

Marc Laus: 'We can't sit back and relax' 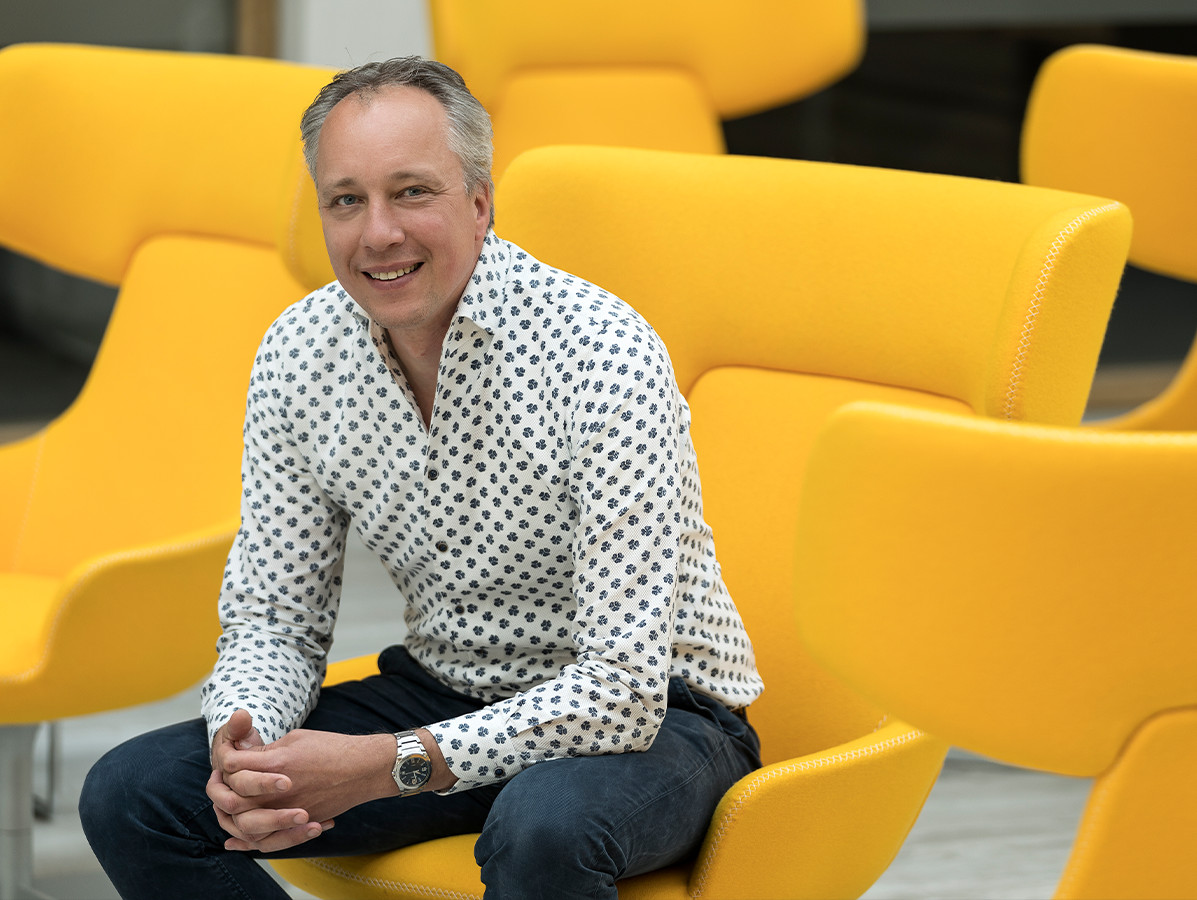 The potato. Known as a starch product, basic ingredient for Dutch stews, raw material for chips and crisps, source of inspiration for a world-famous painting by Vincent van Gogh. But the potato is much more than that. Marc Laus can tell you all about it; until recently R&D manager at Royal Avebe, but as of 1 January Innovation Technology Officer for product and applications.

Like so many meetings nowadays, the interview takes place via Teams. "Too bad," Marc Laus says. "Otherwise, I could have let you taste all kinds of products. Low-fat yoghurt that looks like fat. A juicy plant-based burger. Sweets in which the gelatine has been replaced by potato protein. I'll make it up to you," he promises.

Marc joined Avebe in 2005, on what was then known as the 'protein project'. The aim was to use the mildest possible processes to maintain the functionality of potato proteins and to use them in human food. In 2007, they opened the first factory for this purpose. "We were way ahead of our time," he says. "Vegetable alternatives to meat were not popular at the time; we were, so to speak, 'hippy corner' of the food industry." That is different now. "In 2019, we celebrated our 100th anniversary. So we have been plant-based for a century. The nice thing is that this is now a value proposition in the market. All this time, we have had to move with the social, economic and technological changes. A good number of changes are in store for the next hundred years: a growing world population, the world food issue, climate change and the energy transition. So we cannot sit back and relax."

As Innovation Technology Officer, he currently maintains contacts with knowledge institutions such as TNO, NIZO and various universities. Renewal, innovation, making products more sustainable for customers and making its own production greener are the important themes he deals with on a daily basis.

We know the potato primarily as a source of starch. When did it also become an important protein supplier?

"We have been extracting protein from potatoes since the 1970s. To get the starch out of potatoes, they are grated. If you know that they are 80 per cent water, you understand that grating releases a lot of moisture. In the past, this was simply discharged into the canals in East Groningen. It led to the formation of foam and to unpleasant odours. That had to change. The solution was to boil the juice first, which would cause the proteins to coagulate; this is the process that heats them up to give them a solid form. We started adding value to the proteins obtained from this process, initially for the animal feed industry. This sector is very cost-driven. A great deal of research is being done into converting feed into meat as efficiently as possible. As a result, a lot was known about the amino acid composition, nutritional value and digestibility of potato protein. With this knowledge, Avebe decided to use these proteins in human nutrition." 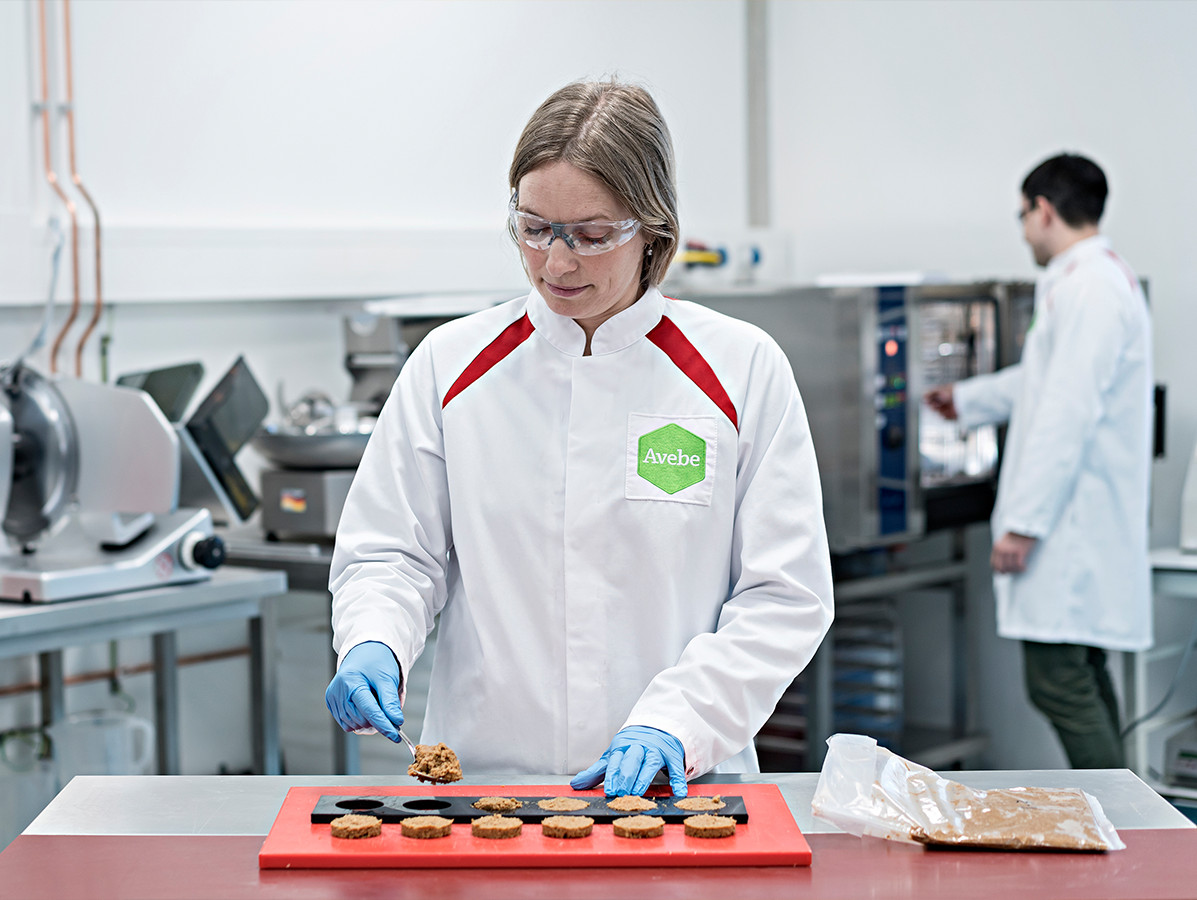 "Proteins in starch products such as corn, maize and peas are semi-soluble. In potatoes, they have a fully soluble form. That gives them unique properties; they gel, foam and emulsify very well, for example, and they provide nutritional value. They are good for making products that are suitable for replacing fat. They also help to reduce the list of ingredients and can replace E-numbers. And they give end products a lower CO2 footprint because you replace animal proteins with vegetable ones."

What is the focus of your innovation?

"The challenge for the extraction of potato protein mainly lies in increasing the capacity. We are also researching how we can better apply the nutritional value of protein in its coagulated form. We are also strongly committed to clean label for both the protein and the starch branch. Many chemically modified starches have an E-number; we try to offer a clean label alternative. Because we do not chemically modify potato starch, they are good substitutes for E1412, for example, and for E1414 and E1442 in some products. It is still difficult to achieve the same functionalities with mild processes as with chemical modification of starch. But we are getting closer and closer."

"Methyl cellulose (E461) is often used in the plant-based alternatives to meat. This makes the ingredients stick together when heated, just like egg white. Our potato proteins also have these properties. Using enzymes, we can change the properties of starch to provide unique textural solutions. This gives low-fat dairy products, for example, the same creamy mouthfeel as a full-fat yoghurt."

Are there already examples on the supermarket shelf where this is being applied?

"Yes, several customers are already using it. In fact, whenever potato protein is mentioned as an ingredient in a product on the supermarket shelf, the protein comes from Avebe. Just look at the vegetable meat shelf, vegetable mayonnaise or sweets with a 'veggie' claim."

What are you doing to become more sustainable?

"In the seventies, our potato juice was still boiled to coagulate the proteins; an energy-guzzling process. Now, we have a new membrane filtration application for this; Sustainable Concentration of Potato Juice with Membranes (DUCAM), enabling us to thicken the juice before boiling it. Thus, we need to heat less juice to extract the proteins. This reduces energy consumption enormously. The water that we filter out of the potato juice can be reused. With this new technology, a collaboration between Avebe and Wafillin Systems, we won the Water Innovator of the Year 2021 award in February. The DUCAM project is much more widely applicable; there is also great energy and water saving potential for other biorefinery processes in the food industry." 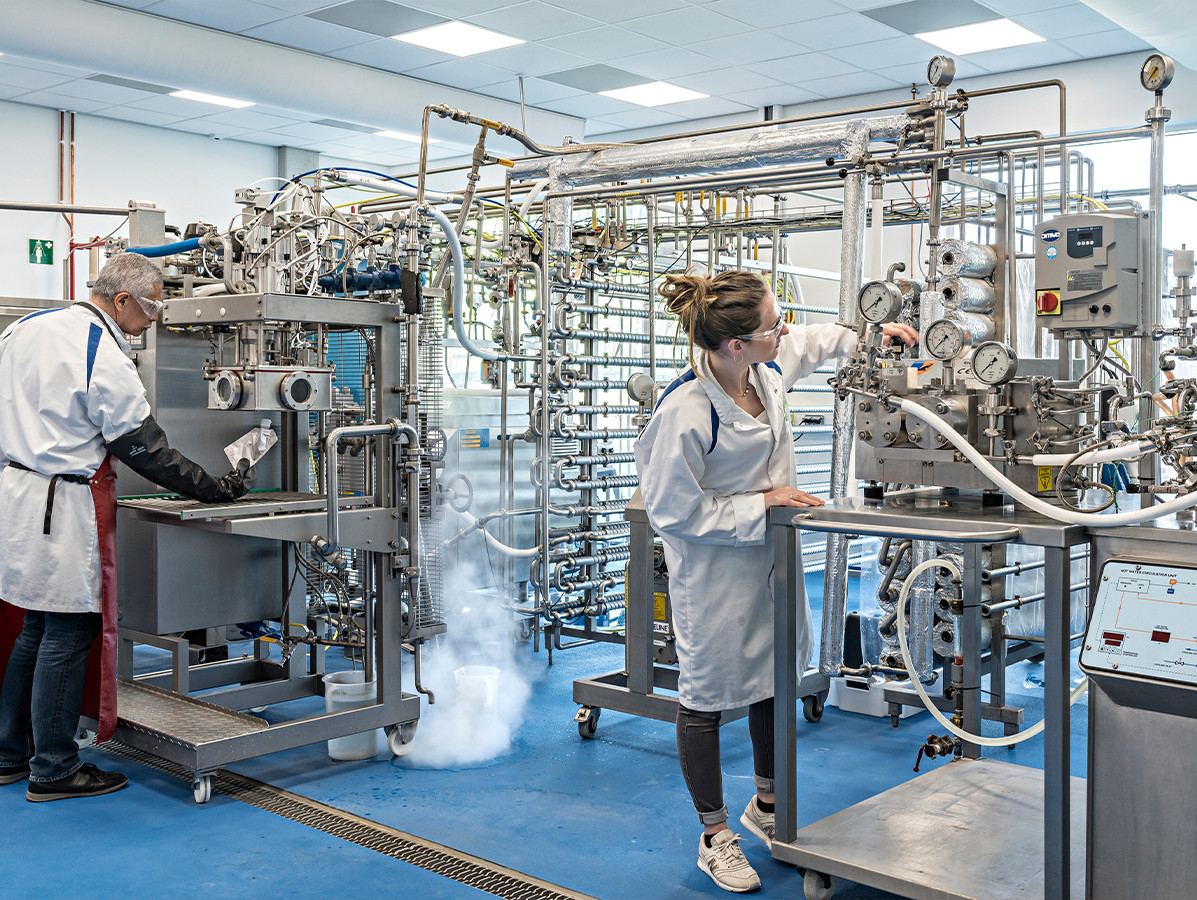 The innovation centre has several laboratories, each with its own focus area.

Since 2018 there is a new innovation centre of Avebe on the campus in Groningen. What happens there?

"This is where we combine all our strengths: various internal departments such as sales and marketing, product development and product regulation have been brought together under one roof here. In addition, we work intensively with others such as companies and students. We have several laboratories, each with its own focus area; for example, on dairy, meat, confectionery, bakery products, soups and sauces. In the Customer Application Response Center we assist customers with our application technologies to formulate the Avebe ingredients in their product.

We also have a Food Experience Center; a real culinary kitchen. To keep corona out of the way, we can't welcome people there unfortunately, but we have now set up the room in such a way that we can prepare products with a life video link. The customer watches the chefs and sees what the effect is of a higher or lower dosage of ingredients on, for example, the creaminess, binding or water-binding capacity of his product."

"In the innovation centre, we make maximum use of each other's expertise. Literally and figuratively, there is transparency: with lots of glass and a large atrium in the middle where people gather. We encourage cooperation by setting up cross-functional teams around a theme, a customer problem or product developments. What do customers want? Can we contribute to the solution with our existing technology, or should we think of something new? How can we make it more sustainable? What limits does the legislation set?"

Is all this still possible, with all the corona restrictions?

"It's still a struggle," Marc sighs. "After a year of team meetings, everyone is longing to get back to talking, sparring, researching and experimenting. To continue enthusiastically: "Yet I find it surprising how much is still happening. Of course, here and there projects are delayed because less can be done in the laboratory... but it is going well!

The optimism shines through. Even on a computer screen.