Food additives and their functionality

Food additives and their functionality 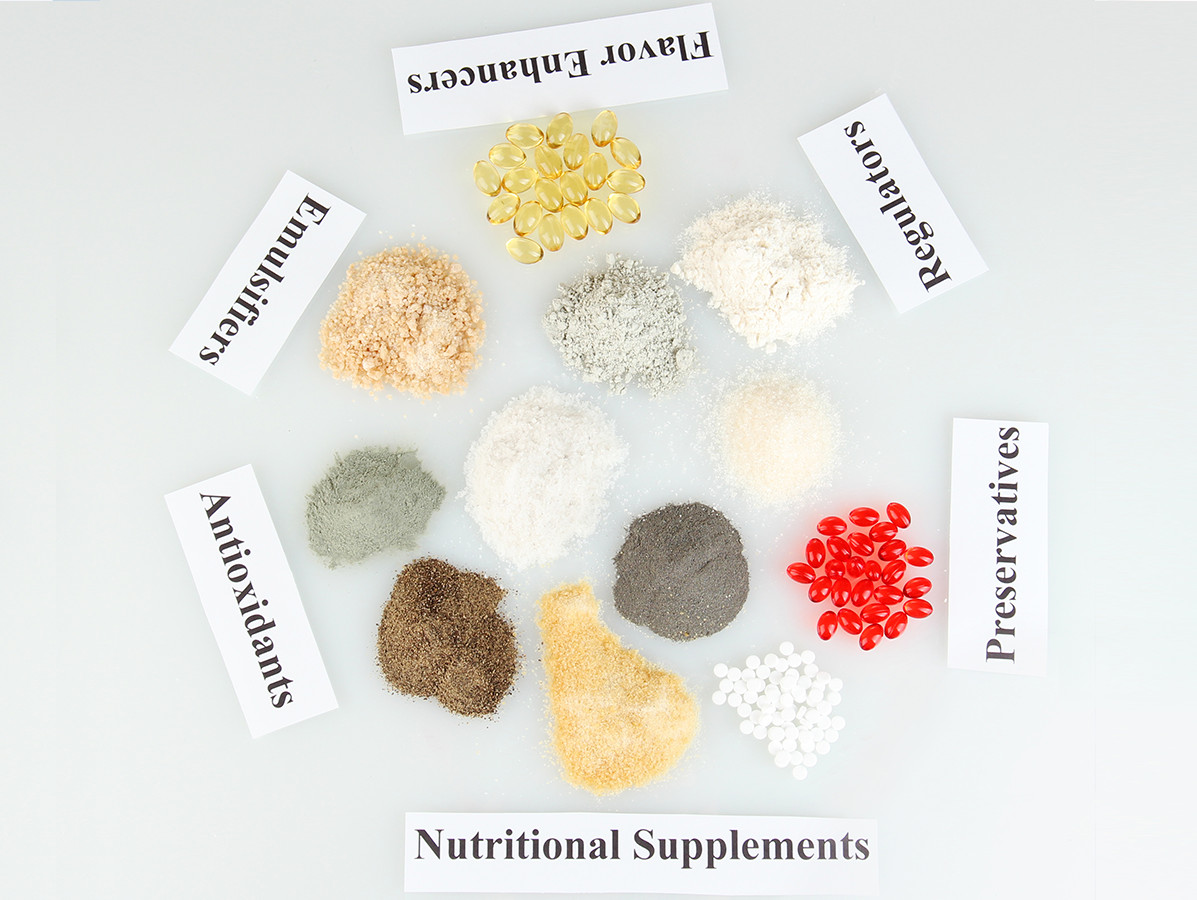 Food products have a structure, colour, taste, smell and a certain shelf life. To make and/or improve these aspects, functional additives such as emulsifiers, stabilizers, thickeners and modified starches are used. However, additives have a negative image for many consumers.

The name of a product on the packaging creates an expectation among consumers. Take a 'vegetarian burger'. The consumer expects it to look like a meat burger. But also that it has a similar bite, juicy texture and taste as a meat burger. The developers of these products therefore face a challenge, because the marketing department demands a clear and explainable label. The use of functional additives is almost unavoidable in order to achieve a good and tasty product.

What is an additive?

Additives are substances that are deliberately added to food to improve or maintain certain properties such as texture, stability, colour, odour, shelf life or taste. By law, they are food, but they are not consumed as such. Additives have been assigned an E-number that indicates approval for use in food by the European Commission and the European member states.

What is not an additive?

Processing aids are substances that are not consumed as food ingredients themselves, but are used intentionally in the processing of raw materials, foods or food ingredients to achieve a certain technological objective. Their use may sometimes result in the unintentional, but technically unavoidable, presence of residues or derivatives of these substances in the final product. Therefore, they should only be used where they do not pose a risk to health and have no technological effect on the final product. Processing aids do not need to be labelled.

Additives and their functionality

Food additives are classified according to the main function that is usually assigned to them, in the following categories: antioxidants, preservatives, emulsifiers, modified starches, glazing agents, colouring agents, flavour enhancers, stabilisers, thickeners, food acids, sweeteners and acidity regulators. For some additives it is not easy to indicate what their function is in the final product; they fall into several categories. An example is lactic acid; this can be added as a food acid, but also as a preservative against Listeria. Depending on its functionality in the product, the additive falls into a particular category.

An emulsifier is a substance that enables homogeneous mixing of two or more immiscible phases, such as oil and water, in a foodstuff. A typical example is halvarine in which up to 60% water is added to 40% fat or oil. This cannot be done without an emulsifier, for example a mono- or diglyceride or lecithin. A protein can also have an emulsifying effect. Meat, for example, consists of protein, water and fat. In the preparation of Frankfurters the protein functions as an emulsifier for the fat and thus an emulsion of meat, water and fat is created. Vegetarian products are composed of vegetable proteins with water and fat, which is added as desired and required to make a juicy product. Here an emulsifier is needed to mix the fat and water well. One of the proteins can have this function, but often methyl cellulose is used in this situation to give the product a juicy texture. 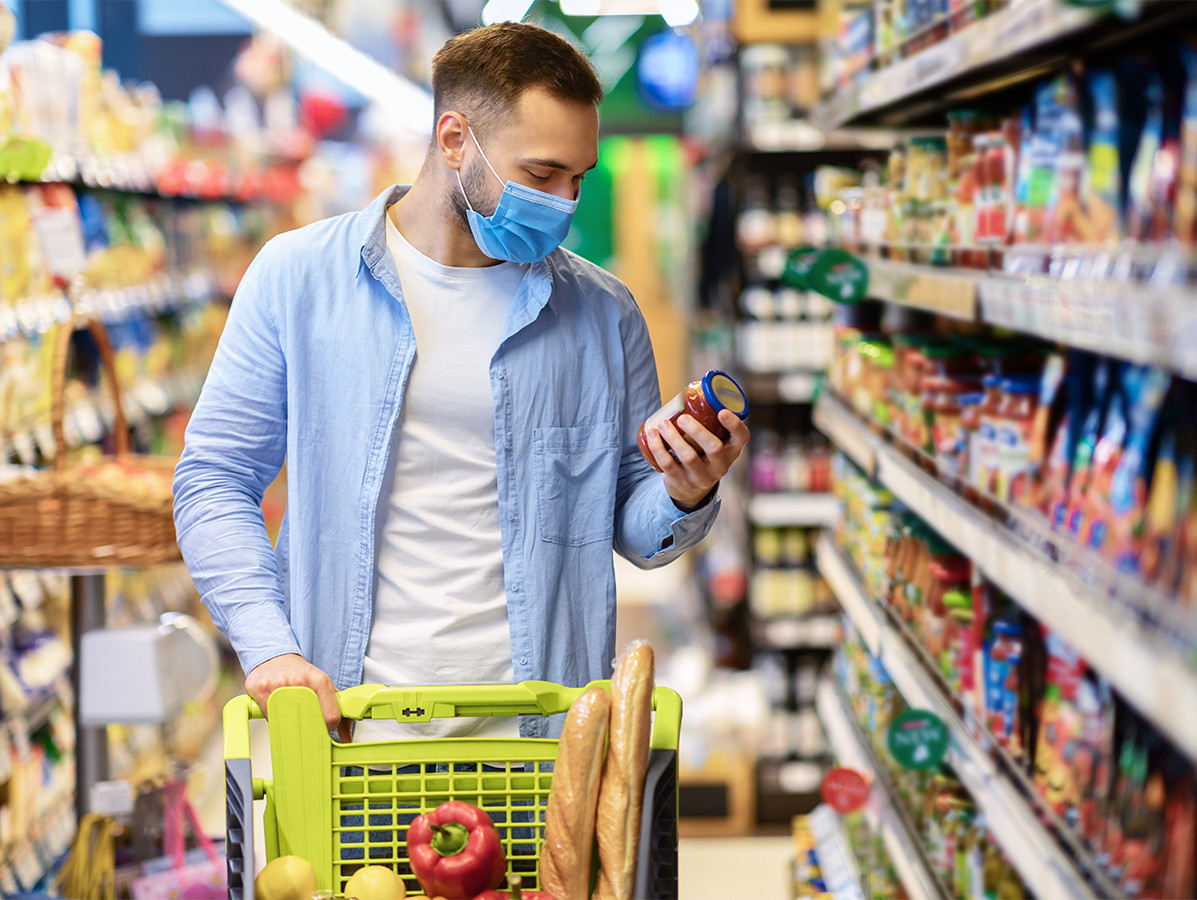 Stabilizers are used to guarantee the stability of a product during its entire shelf life. They enable a homogeneous dispersion or emulsion of two or more immiscible ingredients to be maintained in a foodstuff. Stabilizers include substances which stabilize, retain or intensify colour in a foodstuff and substances which increase the binding capacity of the food. The latter include the formation of cross-links between proteins, whereby individual particles are formed into a network. An example of this is the use of phosphate in the preparation of meat products, which improves the moisture retaining capacity during storage. Stabilizers enhance the stability of the emulsion or dispersion.

Some naturally occurring stabilizers are acacia gum, pectin, guar gum, locust bean gum, agar-agar, carrageenan and xanthan gum. So-called 'reserve polysaccharides' also have a stabilizing function. Examples are native starch or modified starch. The advantage of native starch over the modified version is that, as previously indicated, it is an ingredient and not an additive.

Thickeners are used to increase the viscosity (fluidity of the liquid) of a foodstuff. These additives do not form internal spatial networks or cross-links after application and thus remain 'liquid'. Examples of thickeners are modified starches and water-soluble polysaccharides such as gums. Thickeners affect texture and perception.

The different modifications are cross-linking, acid hydrolysed, oxidised, phosphated, acetylated, enzymatically hydrolysed or dextrinated. Each type of modification gives the starch a different functionality; such as better cold solubility, lower gelation temperature, higher viscosity during heating or a firmer gel after cooling. Therefore the desired functionality of the modified starch in the product should be well thought out beforehand.

When developing a product, requirements are set for structure, texture, juiciness, stability in aroma, colour and taste. These requirements can be achieved by adding food additives. It is compulsory to state on the foodstuff label the functional category with the additives used. This provides clarity. The additive can be listed by its chemical name or by an E-number. By replacing additives by ingredients, it is no longer necessary to state a functional category on the label.