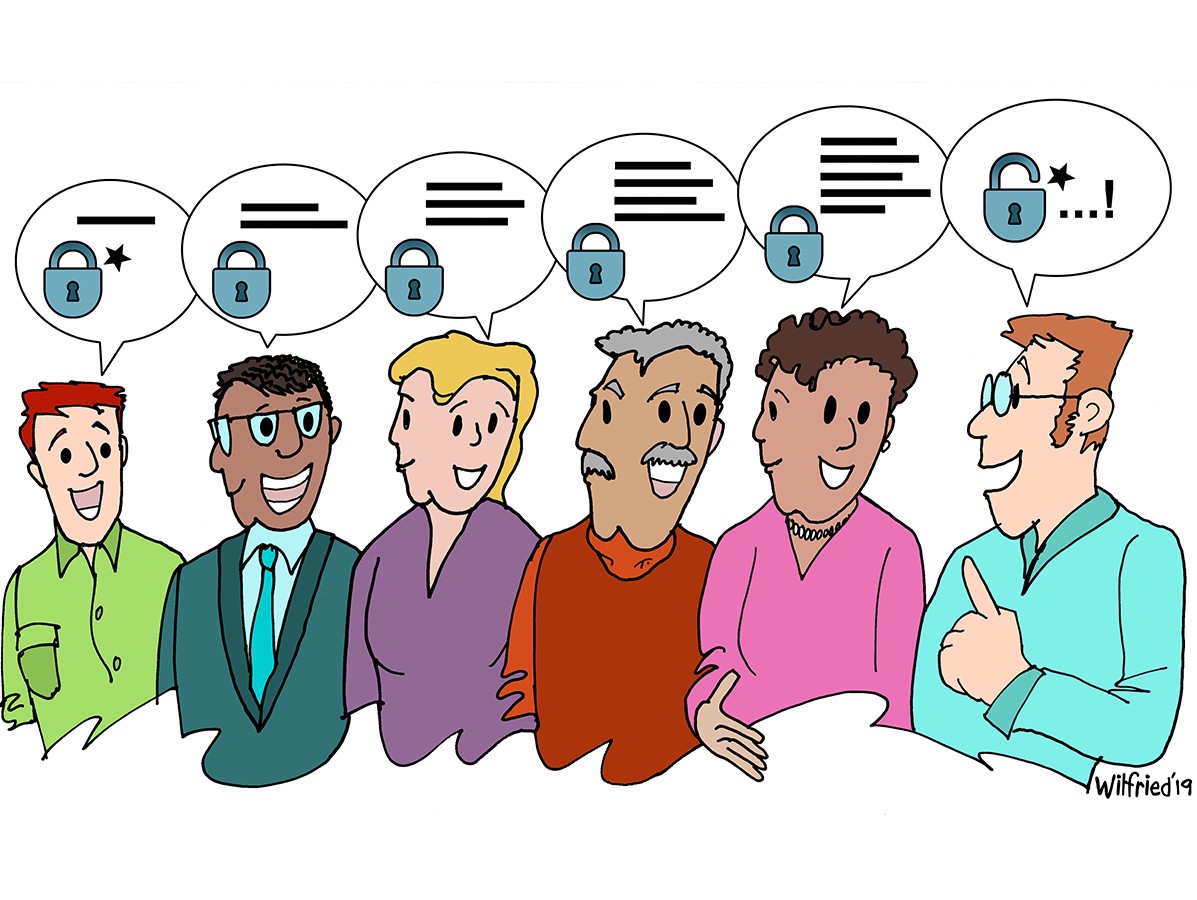 "This is going to be very big and when the time comes it will solve everything.........." according to proponents during a congress. Is blockchain really going to change processes? Our buying and selling method? For example, will a production facility look different or will it affect how we build a factory? Blockchain; what is it, what does it do and what can it do for a food producer?

Blockchain, freely translated; 'chain of blocks'. A chain in which each new digital block consists of fixed information from the previous block, possibly added new information and concluded with a uniquely generated, time-related signature. The block must be accepted by all participants, called miners, throughout the entire chain. Because each new block contains the unique information from the previous block, you can speak of a chain. What makes blockchain special is the complete transparency in combination with the collective controllability of this whole chain, at all times, 100%.

The best known blockchain is the cryptomint Bitcoin. A digital payment unit where in 2017 almost 19 thousand dollars was deposited for one Bitcoin. Why? You don't have to explain what a blockchain is, but how the system works. Just like with the rise of domain names and websites. You don't have to know how it works, but it's now impossible to imagine a world without.

Compare the old storytelling game; someone tells a 'story', which, after a number of storytelling sessions, arrives corrupted and unusable. If you cast this in a blockchain, the 'story' is recorded and provided with a unique - verifiable - code, for example the sum of 1+1. Number 2 takes over the story with code and checks if 1+1 still becomes 2, so that the story remains unchanged. He adds a unique code, and the new block is passed on to number 3 who does the same: check, add, forward. All participants check each other and everyone can watch one another. This can go on endlessly without losing the original 'story'. After all, the sum of 1+1 always remains 2. Watching it collectively makes it impossible to change the story unnoticed. If someone does want to change something, then all participants have to agree unanimously with this change, and the whole chain has to be adjusted.

In retail, supply chain, and now also in food, the blockchain competes with systems such as the barcode, QR code, RFSI, GPS or GIS. Where these are only registration or tracking systems, blockchain can do a lot more, such as adding photos or documents. For example, Verstegen Spices uses blockchain to inform consumers about the origin of their nutmeg and the agreements made with the farmer. Retailers assume that the digital generation does not buy a blockchained product sooner, but rather distrusts a product that is not blockchained. An important nuance for producers.

Everybody headed for the blockchain?

Thanks to the transparent and verifiable recording, blockchain offers many practical advantages. By linking, for example, photos, contracts and certificates to the blockchain, there is a minimisation of the paperwork of suppliers and customers or the channelling of this paper stack by certifiers or accountants. This creates more insight into the chain, the finances, shorter and more efficient working methods, and ... market expansion.

Blockchain would be complex, expensive and inaccessible. This assumption is contradicted by blockchain specialist Bart van Maarseveen of 'The Fork | Blockchain for Food'. This Amsterdam company, in collaboration with WUR and TNO, is strongly committed to the introduction of blockchain in the food industry. Several projects have already been completed and many are possible. "Of course, setting up and maintaining the system costs money, but most companies already have an IT department and with a normal budget for digitisation a lot can be done," says Bart.

The claim that blockchain would increase food safety and eliminate food fraud needs to be qualified, according to Prof. Dr. Ir. Saskia van Ruth, Wageningen professor of food authenticity and integrity. "A transparent and, above all, well-managed supply chain is a great advantage and will certainly help to quickly identify accidental changes. However, food fraud is by definition criminal behaviour. Deliberately tampering with a product, mixing it, diluting it or changing it may become a little more difficult by applying blockchain, but not impossible for the smart criminal".

Is it going to change our factory?

Not unthinkable. An efficiency improvement in the chain with guaranteed time, quality and quantity can, for example, result in a reduction in the amount of storage space required. It is precisely this space that only costs a production company money. This is where profits can be made.