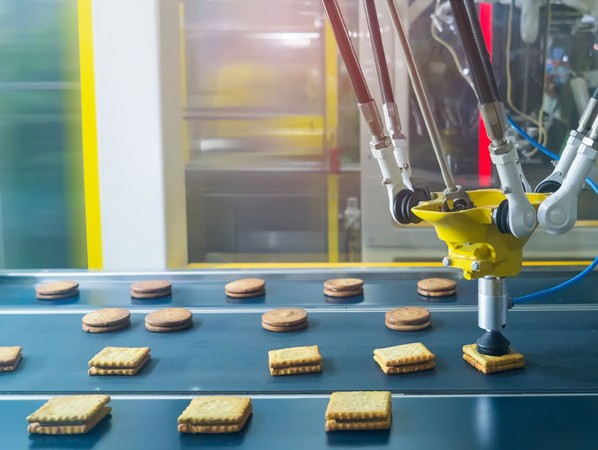 Technology is playing an increasingly important role in food production. Within the industry the use of robotics and data technology is growing. This contributes to the affordability of food and the transparency about origin and production. The majority of Dutch consumers want to know more about the production of their food. Data technology helps food producers to share more information from the chain. For Dutch manufacturers, the use of new technologies is not only useful, it is also necessary to remain competitive. Robotisation and digitisation increase employee productivity and help to prevent future staff shortages. It is also important for the sector to enable employees to grow along with their knowledge and skills. This is stated by ING Economics in its 19 February publication Foodtech: robotarm biedt voedingsindustrie de helpende hand. (Dutch only)

The customers of the food industry, such as supermarkets, are imposing ever stricter product requirements and are asking for larger volumes at low prices. By investing 1.4 billion euros annually in production technology, Dutch food manufacturers succeed in increasing labour productivity and meeting market demand. Productivity growth is not depleted. Currently, about one in four manufacturers uses robotics and/or big data analyses. A further increase is expected. The rise of artificial intelligence provides the thinking power to make production processes more efficient and sales of robots in the food industry are increasing.

"Robots are increasingly capable of processing food. However, the deployment is less large-scale than in the car industry, partly because they are relatively more expensive due to specific wishes and lower order quantities," says Ceel Elemans, Sector Banker Food & Agri at ING.

Consumers want to know more about the production of their food

The contribution of production technology to nutrition is often not visible to consumers. Information about the production steps and the links in the food chain is still only finding its way to the consumer to a limited extent. The majority (52%) of the respondents in Today's ING Question said they want to know more about the production of their food. Data technology facilitates the exchange of information in the chain, allowing more food products to be traced down to product level.

Ceel Elemans: "More transparency about the origin and production of food helps to bridge the gap between producer and consumer. RFID chips, for example, make it possible to track meat products from source to plate. This often requires far-reaching cooperation within the production chain".

Ageing poses a personnel challenge to the food industry

In terms of personnel, the food industry faces a double challenge. More than a quarter of the 150,000 employees will retire between now and 2030. At the same time, increasingly complex production processes require training of personnel and an influx of employees with new knowledge and skills. Technology can take heavy work out of people's hands, increase labour productivity and help reduce the risk of future staff shortages. Further growth of investments is important in this respect. With investments increasing to EUR 2 billion by 2030, ING Economics expects that almost half of future staffing needs can be met through technological innovation.

"The sector can only remain internationally competitive if it is able to both increase its investments in production technology and increase the inflow of technical and analytical staff," says Ceel Elemans.