Generator is compact and easy to use

Generator is compact and easy to use 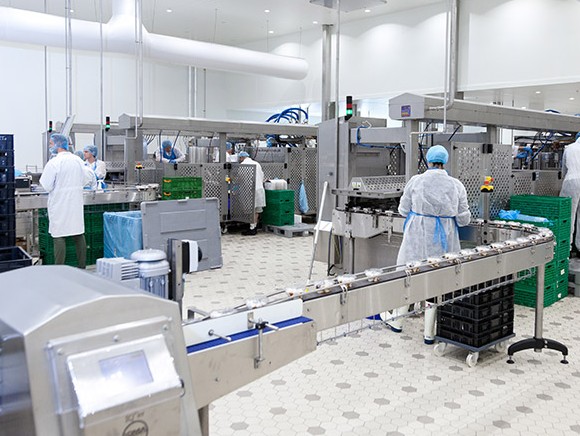 Following a fire in early 2016, Dutch firm De Dessert Meesters, manufacturer of desserts and ice cream, hurriedly went in search of new, temporary production facilities. They found suitable factory premises but there was no equipment at the new location. Scharff Techniek took a proactive approach and quickly supplied and installed a steam generator: the Certuss Universal 600 TC. Two months later the first batch of ice cream rolled off the production line again.

Robert Mentink, Maintenance Manager at Roerink Food Family, won’t forget 30 March 2016 in a hurry. When he woke up early that morning, he checked his phone and saw that the dessert and ice-cream factory had been destroyed by fire overnight. There was nothing left of De Dessert Meesters, which was part of Roerink Food Family. Luckily, the 11 members of staff that had been on site had managed to escape safely. Director Pepijn Lubbers had attended the scene along with the management team that same night. They’d worked together with the maintenance department to do what they could to create a safe situation. “I went straight over there that morning,” says Mentink. “Everyone was in shock but it wasn’t all doom and gloom. We sat down to brainstorm about the next steps later that day. In the days following the fire, we drew up a list of vacant premises in the area. Within the space of a few weeks we’d decided that our current temporary location in Oldenzaal was the most suitable one.”

There was just one problem: the factory was completely empty. “There wasn’t even a drain,” comments Mentink. “But we wanted to get production up and running again as quickly as possible.” Colleagues and partners pitched in to make a start. “In fact, that marked the start of a period of designing and building simultaneously,” continues Mentink. That meant making quick decisions, such as about a steam generator. “We’d had good experience with Scharff Techniek. We’d already worked with a Certuss Junior 500 steam boiler at our previous premises. And in our hour of need they were a true partner – they were flexible and pulled out all the stops to help us. They proved themselves to be service oriented and kept the communication lines short. On their advice we opted for a steam generator, the Certuss Universal 600 TC. Scharff delivered and installed it quickly. They completely relieved us of the burden.”

Just two months later, in June, a completely new ice-cream factory was operational and the production activities could restart. De Dessert Meesters manufactures premium ice cream containing chocolate chips and fruit. The desserts are sold in luxury packaging and beautifully decorated. The company supplies to retailers, including Lidl, in 26 countries. The production has since been scaled up to four production lines with an option to expand to six. The new steam generator rapidly heats the water that is used during ice-cream production to the right temperature. Mentink: “That’s important for the pasteurisation and homogenisation of the mixture that forms the basis for the ice cream. In addition, we use the water to heat double-wall tanks. The hot water passes over them so that we keep the closed loop at the desired temperature.” The steam that is used to heat the water condenses back into water and flows back to the generator. As a result, less fresh water is used to make new steam, which delivers a valuable saving. 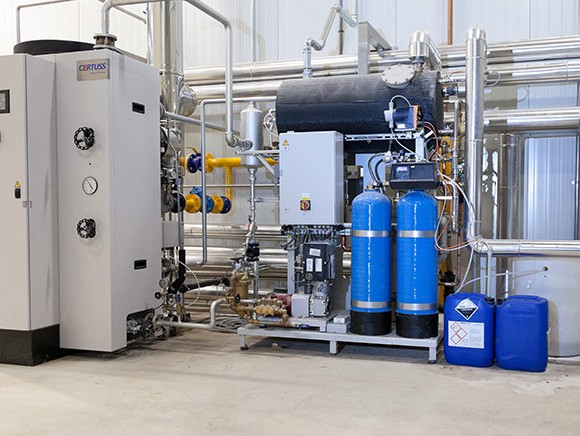 Mentink is particularly pleased with how easy the system is to use; it’s almost fully automatic. “Because the generator is so quick to heat the water to the right temperature we can switch it on and off as necessary. It needs virtually no warming up time, which means that there is a guaranteed supply of steam and water. In practice, our steam generator is almost always on during production, from six in the morning until eleven at night. There’s very little fluctuation in our production process which means that we need a continuous supply of steam. This generator is ideal for that. Furthermore, the machine is compact and hence takes up little space, plus it’s easy to maintain.” 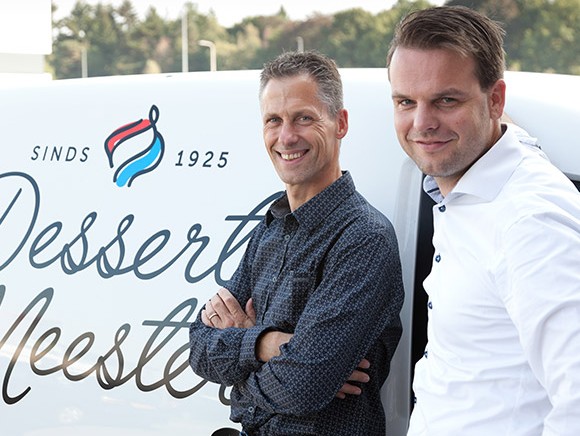 Founded in 1983 and led by Managing Director Bernard Scharff, Scharff Techniek is a traditional family-run company based in Utrecht. De Dessert Meesters, the dessert and ice-cream manufacturer based in Oldenzaal, is also part of a family company: Roerink Food Family. This group includes food manufacturing companies such as Zuivelhoeve, HEKS’NKAAS® and Happy Goat. Over the past six months, Mentink has experienced first-hand how important it is that a supplier not only provides high-quality equipment but is also a reliable partner – one who takes a proactive approach, makes exceptions for you and goes the extra mile. The key to their successful collaboration might also lie in the fact that both of them are family-run companies.