Cold plasma in the meat industry

Cold plasma in the meat industry 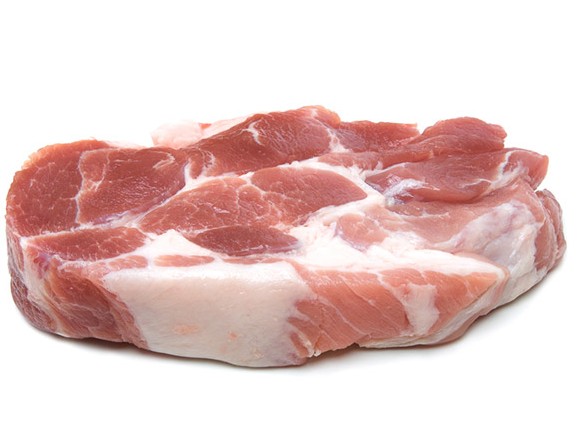 A relatively new method for preventing infection by germs and product deterioration is the use of cold, atmospheric-pressure plasma. With this plasma, meat and meat products can be pasteurised non-thermally, creating new possibilities.

In recent years, various studies have shown that treatment with AP plasma (atmospheric-pressure plasma) decreases the number of pathogenic micro-organisms in meat. AP plasma treatment also generates nitrites under certain conditions, which are an essential part of curing meat.

The plasma consists of ionised gas, which is created by subjecting a neutral gas to a specific voltage (1). This gas contains reactive oxygen and nitrogen molecules. Both can cause damage to the exterior of the membranes as well as to the DNA of micro-organisms, which die as a result (2). This makes cold plasma suitable for pasteurisation respectively sterilisation, for both food and medical instruments.
For meat and meat products, the microbiological effects have been extensively studied and reported (3)(4). Pork loin treated for ten minutes with a gas combination of helium/oxygen yielded a 0.59 log reduction of Listeria monocytogenes (5) and a 0.39 log reduction of E. coli. A log reduction of 6.5 for Listeria monocytogenes was achieved when treating ham with a gas combination of nitrogen/oxygen for only two minutes (6). In 2017, Lee again described the effect of using plasma on various micro-organisms. Applying plasma to the packaging of the product also appears to effective in suppressing the growth of micro-organisms (7).

AP Plasma as a replacement for nitrites

When purifying water, reactive oxygen bonds (8) are formed in addition to a series of nitrogen bonds (nitrates and nitrites (9)). This motivated researchers in Korea to use plasma-treated water to prepare meat products. They investigated the extent to which nitrites could be replaced. Water typically used during meat preparation (brine for injecting or soaking, ice for stuffing), was replaced by plasma-treated water, which created new opportunities.

Jung (10) recorded the effect of AP plasma on the quality and nitrite level of meat. To do so, they treated beef, water, and salt for 10 to 60 minutes with cold plasma while it was mixed. During this treatment, the temperature of the meat in the mixer rose from 0.2 to 20 degrees Celsius. The total aerobic count of the meat did not change during this treatment. During a longer treatment, the nitrite concentration in the meat increased. When heated, the product was more pink in colour.

Two years earlier, Jung and Kim had already investigated the effect of adding plasma-treated water to sausages. As a reference, they selected a sausage with nitrites and another with celery  extract: both had a nitrite concentration of 70 ppm. After 28 days of storage, there was no observable difference between the compositions of the sausages. Their conclusion: plasma-treated water is a good substitute for celery powder and nitrites.

Young (7) investigated the effect of water treated with cold plasma on the safety and quality of Casselerrib (smoked loin). When compared to the Casselerrib that was prepared with nitrites, the rib prepared with cold plasma had a nicer red colour, even though the remaining nitrite content and the total germ count remained the same. There was no increase in oxidation during the use of cold plasma. The Ames test did not detect any genotoxicity.

Lee (11) investigated the effect of cold-plasma treatment during the preparation of ham, packed as canned food.While mixing the meat, cold plasma was applied for 30 minutes. The nitrite concentration increased to 42 ppm and there was no change in pH or aerobic microbiological count. When compared to the canned ham (which contained 45 ppm nitrite or an equivalent nitrite concentration was added using celery extract), there was no observable difference in colour, texture, remaining nitrites, or protein/fat oxidation after heating. The ham treated with cold plasma was perceived as tasting better.

Alternatives to nitrites in the preparation of meat products is very important to researchers. However, nitrites also remain important for food safety. A balance between low nitrite content and food-safe products must be found. Soon, another study will begin at Wageningen Food & Biobased Research, which will include cold plasma being used to decontaminate foodstuffs. As soon as more information is available, we will write afollow up.