Vegaburger is allowed, but cheese alternative is banned

Vegaburger is allowed, but cheese alternative is banned 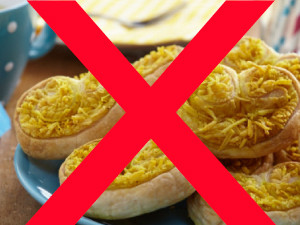 The European Parliament today voted against a ban on the use of product names such as 'veggie burger' and 'vegan sausage', but in favour of a ban on descriptions such as 'vegetable alternative to yoghurt'.

Terms such as 'almond milk' and 'vegan cheese' are already banned on products in the EU, but the adopted amendment 171 goes even further and also prohibits the use of descriptive terms such as 'yoghurt style' and 'cheese alternative' for dairy alternatives.

Veerle Vrindts, director of ProVeg Netherlands, said: "While we welcome the European Parliament's vote against introducing a ban on meat names for vegetable products, we deeply regret that it voted in favor of such far-reaching and damaging restrictions on vegetable-based alternatives to dairy products. It is hard to imagine how the European Parliament could take such a positive position in one area, and such a negative position in the other".

"This is also a major blow to the vegetable food sector, one of the most innovative and sustainable in the broader European food industry. Producers of plant-based dairy products can now be saddled with significant financial burdens and practical challenges around product renaming, rebranding and remarketing and the potential for high legal costs".

There is still hope that the proposal will not eventually become legislation. The European Commission and the European Council both still have to decide on the matter. There is also a small chance that the CAP reform, of which this proposal is only a small part, will fall in its entirety in a vote later today - in which case everything, including the ban, will go back to the drawing board.