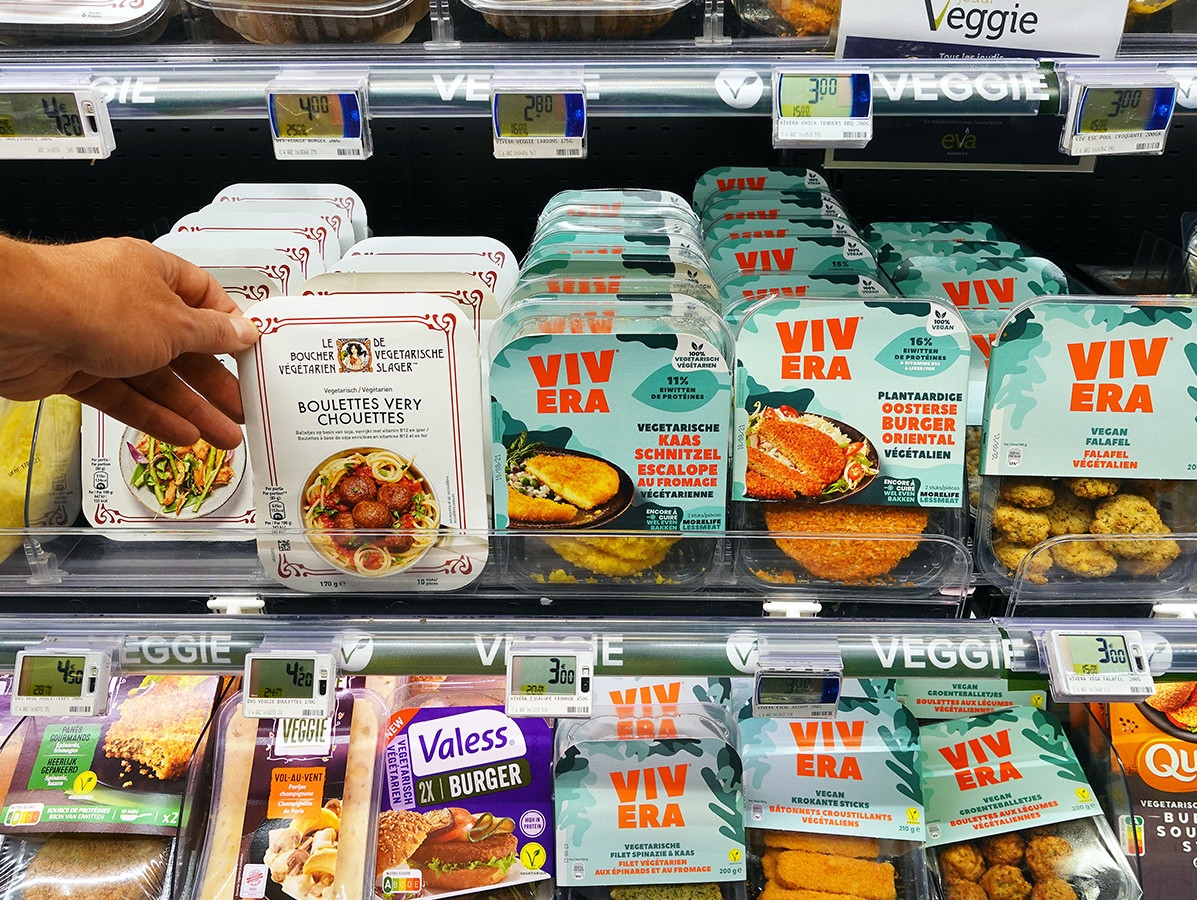 Half of the products still more expensive

The 'lowest price gap' was calculated for 32 different product types: the price difference per 100 grams between the cheapest vegetable version and the cheapest animal version. In addition, the cheapest plant-based version was compared with the most expensive animal-based version in order to see whether the plant-based product fell within the price range of animal-based variants. In 20% of the cases, the vegetable version was already cheaper than the cheapest animal version. 33% of plant-based products were classified as "affordable". The remaining 47% were found to be more expensive.

Despite the sometimes considerable price differences, a customer who opts for vegetable alternatives is not necessarily paying more. Those who stick to the most common products are hardly overcharged, or even pay slightly less. The researchers filled an imaginary shopping basket with the cheapest variant of the 12 most common vegetable products available in (almost) all supermarkets. Such a basket proved to be no more or hardly more expensive than a basket filled with the cheapest animal varieties. The biggest price difference was only 75 cents per basket.

Price is a barrier

An earlier poll by ProVeg showed that the perception that substitutes are expensive is a major barrier for people to switch to a more plant-based diet. 55% of those questioned indicated that the high price was a reason for them not to opt for plant-based products more often. This new research indicates that this perception is not entirely correct.

The report also calls on supermarkets to offer plant-based products more often on special offer and to sell them in larger economy packs. The study only compared products with a similar pack size. But for kilogram packs of minced meat or 2 litre packs of milk there is not yet a plant-based alternative.

View the full report 'How affordable is plant-based?' (Dutch only)
www.proveg.com

The researchers compared the animal and vegetable versions of 32 different product types in six supermarkets (AH, Jumbo, Lidl, Aldi, Plus and Dirk).