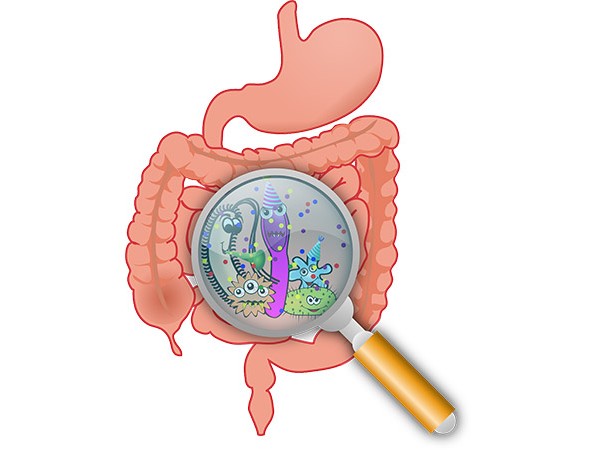 According to research by Carlota Bussolo de Souza, residual flows from the food industry appear to be very suitable for making the intestinal flora of obese people healthier. Fruit and vegetable peelings contain fibres that ferment in the intestines of obese people, so well that extra metabolite butyric acid is produced. Butyric acid not only prevents the formation of intestinal cancer, but it is also extremely important for energy and fat management.

Bussolo's PhD research was conducted with a grant from the Brazilian government at the UM campus in Venlo. Here she made use of TIM models, which are artificial casings that can mimic the bacterial system in human intestines very precisely. One model contained the stools of healthy people, the other model contains the stools of obese people. Heavier people often house a poor bacterial population compared to slim people. Slender people have fewer bacteria and fewer different types of bacteria. Scientists gave the artificial casings a diet of waste streams from the fruit and vegetable processing industry in Brazil. And this had positive effects on intestinal flora of obese people.

Waste streams were collected from three types of fruit and vegetables: cassava, oranges and passion fruit. The skins were ground into powder that was administered to the artificial casings. Bussolo indicates that it is probably the specific combination of fibres from the skins that gives a positive effect.

The food processing industry in the Netherlands has been investigating how more value can be gained from residual flows for some time now. Bussolo: "It would be nice if the producers of French fries, baby potatoes and crisps could use their residual flows to contribute to combating the obesity epidemic and the spread of the diseases associated with it, such as diabetes or cardiovascular diseases". Potatoes, however, fell outside the scope of this study, so additional research needs to be carried out.