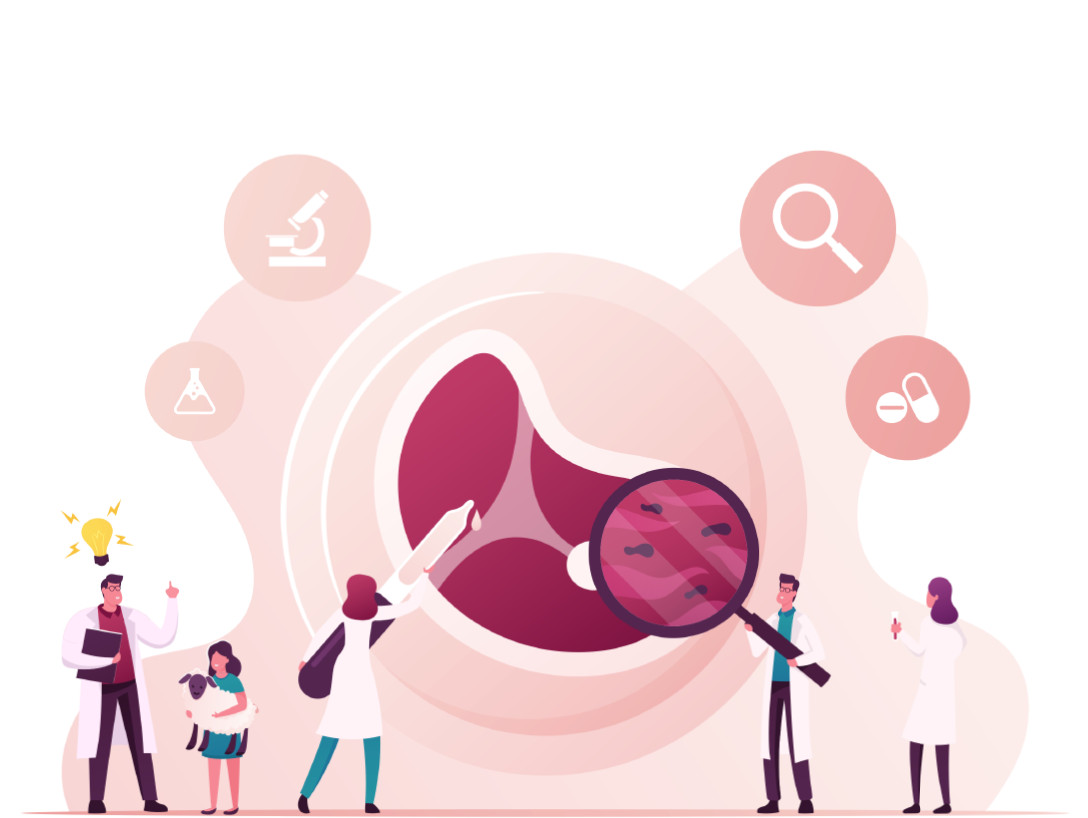 Cultured meat is in full swing and receiving positive attention from consumers, according to research by ABN AMRO. However, there are still major obstacles to be overcome before cultured meat really finds its way to the consumer's plate. Only when regulations permit its consumption, when there is greater acceptance and when the price is attractive, can it truly compete with ordinary meat.

Within a few years, it is expected that the first consumers in Europe will be able to order an 'exciting' but pricey piece of cultured meat in trendy restaurants. However, for a global breakthrough of cultured meat, major barriers still need to be overcome in the next ten years: regulation, the degree of acceptance and the cost of production. The bank also analysed what the rise of cultured meat means for the traditional meat sector.

Regulations not clear yet

In Singapore, small-scale cultured chicken produced by the US company Just Eat has been approved for consumption and is served in one restaurant. Within the European Union (EU) and the Netherlands, approval is still pending under the Novel Foods Regulation. There are also legal issues: who is liable for its safety and can it be called 'meat'?

If cultured meat were to qualify as meat, it would have to comply with labelling and origin marking regulations. For a piece of beef it is easy to indicate where it comes from, for a piece of cultured meat this is currently complex due to the variety of ingredients. Ultimately, all EU member states must approve market entry.

Many consumers are open to cultured meat

Despite these obstacles, companies continue to invest in the development of cultured meat. For example, the Delft-based company Meatable will receive an investment of €40 million this year from DSM and others.

Impact on the meat sector

Once cultured meat is produced and consumed on a large scale, it can have a disruptive impact on the traditional players in the meat sector. For this to happen, however, it will need to significantly exceed the current market size for meat substitutes over the next 10 to 20 years. Ordinary meat is associated with a substantial environmental burden, especially beef production. Based on this fact, cultured meat is mainly a competitor to beef. Nevertheless, the environmental impact of cultured meat cannot be eliminated because of the energy consumption of the bioreactors. Another reason for consumers not to eat meat, or to eat less meat, is concerns about animal welfare. In this respect, cultured meat can compete not only with beef, but also with pork and poultry.

In the coming decade, it will be particularly interesting to see what opportunities there are for the entrepreneurs in the (cultured) meat chain. Another question is whether cultured meat will be particularly popular in Western countries, where meat consumption is high, or in developing countries that are not fully self-sufficient and currently import a lot of animal proteins. The Netherlands is the second largest agrifood exporter in the world and can play an important role in the production of cultured meat in the coming decades. For example, by supplying its own meat, by providing technology and by supplying the agricultural raw materials for production.

When regulations are expanded, consumers have dropped their objections and production becomes truly efficient, the established companies that are already embracing the new developments will be the best prepared for the future.