Klaas Fuite: 'Where there is traffic, food is needed'

Klaas Fuite: 'Where there is traffic, food is needed' 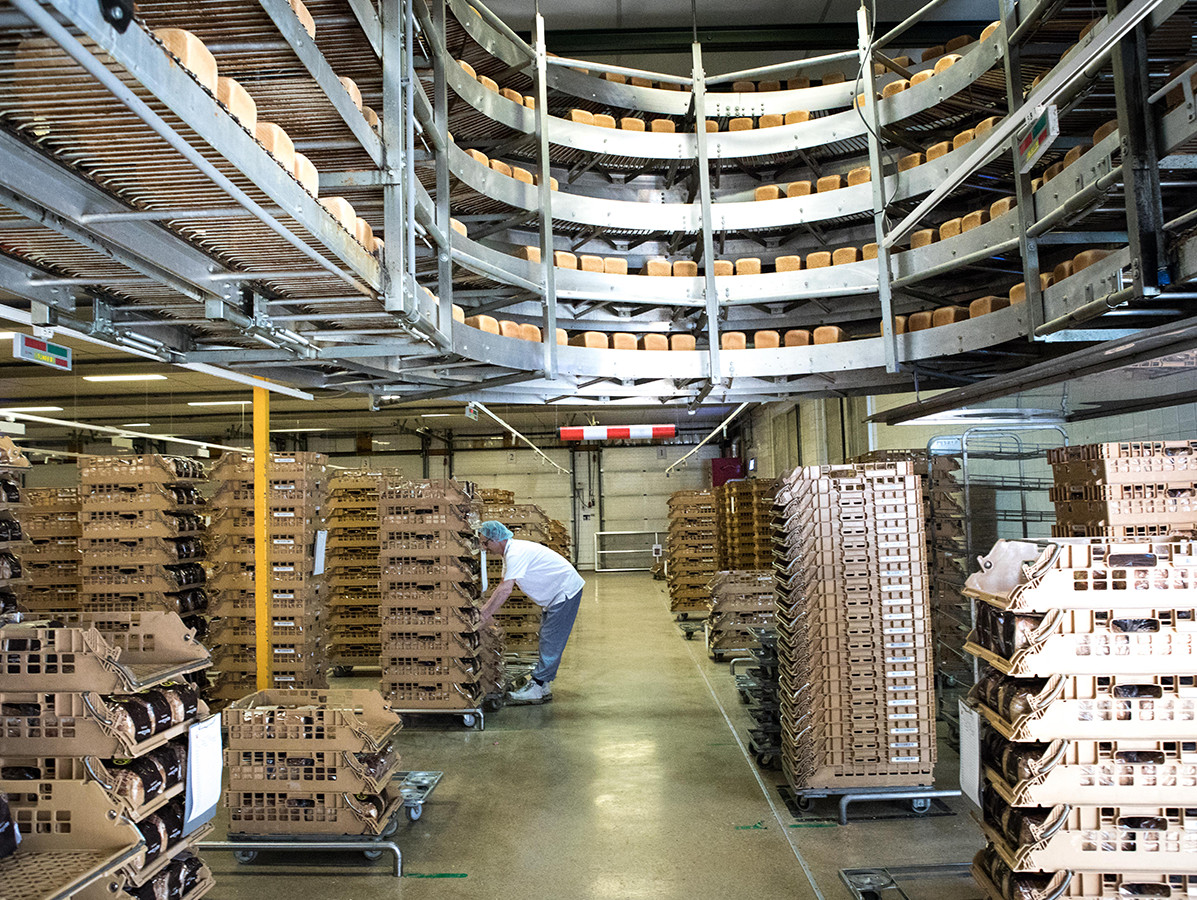 Progressive insights, foresight, a proactive response to social and economic developments and being open to innovations; it turned bakery Fuite from a village bakery in IJsselmuiden into one of the major and leading players in the bakery world.

CEO Klaas Fuite, together with his brother Gerard, is the third generation of the Fuite family. Nowadays, 300,000 loaves of bread and 10,000 cakes leave the bakery every week. In 1928, Klaas Fuite sr. opened a traditional bakery in IJsselmuiden. The house served as a shop. In the 92 years that followed, innovation always played a crucial role. Klaas jr.: "In the sixties and seventies of the last century we opened a central bakery to supply our own shops; a major decision at the time. When supermarkets gained an increasingly important position, we decided to cooperate with supermarket chain Boni. In the meantime, we had sold our stores. Once that cooperation went well at the beginning of the century, we were ready for the next step: the production of sandwich products for sale at gas stations. Now that's perfectly normal, but at the time they didn't see any profit in it, arguing: 'Sandwiches and fuel don't make a good combination'. My logic was: 'Where there is traffic, food is needed', therefore you have to look up the places consumers are. The delivery of sandwiches and sandwich bread caused an enormous growth spurt of our company".

Unfortunately, as fast as growth had started, it slowed down again in 2009. " The reason for this was that many petrol stations took the food part in-house," explains Klaas. "In addition, the first signs of the economic recession became apparent. This period was an important learning process for the entrepreneurs. "We realised that putting your eggs in one basket is extremely risky. That's why we decided to focus on several market segments, such as airplane catering and canteens, markets that not only perform well in high but also low economic conditions. In addition, we started exporting our sandwich bread to Germany, Scandinavia and Italy, among others, in 2011. We currently generate around thirty percent of our total turnover from these exports". Meanwhile, Fuite is still a real family business, with an open organisational structure and short lines of communication. Klaas: "Both my brother and I are easily approachable and always present at our company. If a customer or an employee has a complaint, I resolve it personally". 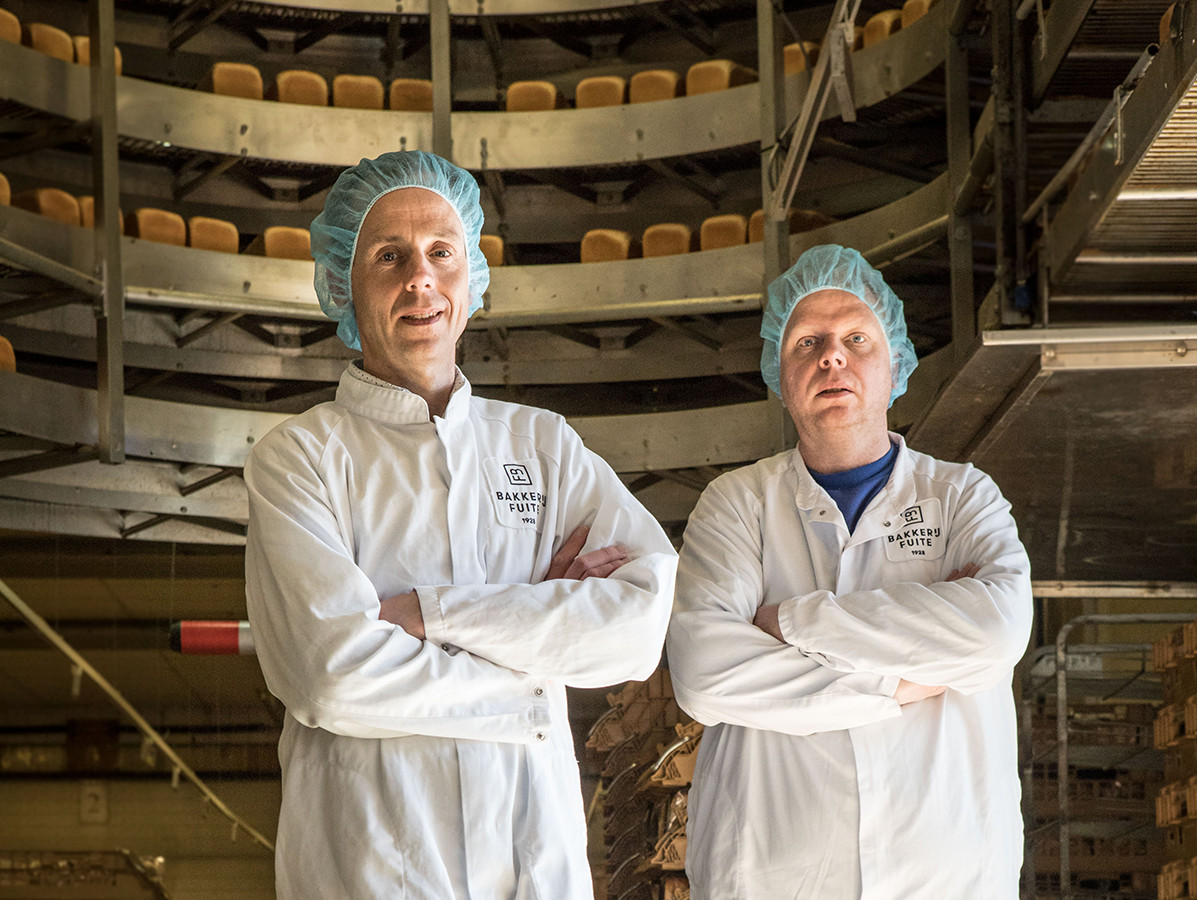 Klaas and Gerard Fuite (Photo taken before the corona crisis)

Fuite is known as a bakery where waste is a sin. "We want to avoid waste at all costs," says Klaas. "I can illustrate how this manifests itself in our business strategy with two examples. The oldest example is our collaboration with Picnic, which has been operational since 2015. When they were set up, they quickly ran into a problem: if you want to be seen as a fully-fledged supermarket in the Netherlands, you have to be able to supply fresh products. Since then, we have been supplying the chain with daily fresh bread. The orders are delivered one on one, to the customer's order. So not a single percent of waste, while at many other supermarkets about ten percent of the bread is thrown away every day".

Another special project is the collaboration with the companies Toast Ale, Brewery De Molen and Taste Before You Waste. They make a beer that is better for man and planet. "The beer is brewed sustainably with a surplus of fresh bread from our factory. This residue is created because every day we test a certain quantity of bread for quality, which is then unsaleable to our customers. This project does something positive with it. The proceeds from beer sales go back into projects that counteract food washing".

Although quality is tested every day, Fuite does not employ a QA manager. How about that? "It may work at other companies, but we don't believe that one QA manager can guarantee the quality of our production," explains Klaas. "About 100 people work for us. They are all responsible for their share of the total production process, regardless of size. They work in teams, without managers. This method of working results in a large and widely supported sense of responsibility for what the customer expects from us. It also generates a certain degree of pride. And an enormous amount of team spirit." 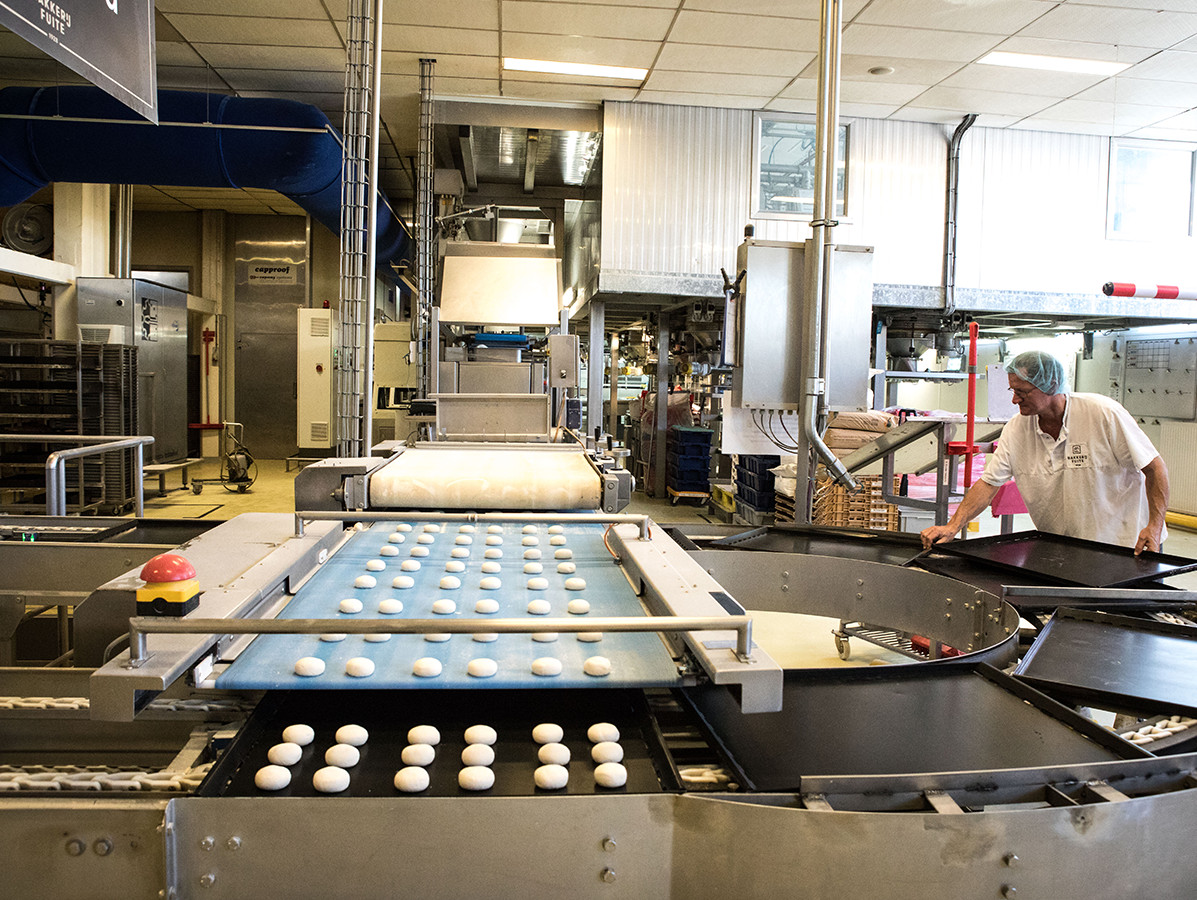 "Modern craftsmanship' means that we carry out our profession in the most progressive and innovative way: by wanting to be innovative and different, without losing sight of the core of the profession", says Klaas. "We constantly challenge ourselves to remain the right partner for our customers. For instance, we do this by developing our own system processes and machines to meet the ever-changing demand, and by anticipating market developments and translating them into qualitative concepts that are relevant to our customers". He has plenty of examples. "For years we've been active with vegetarian and vegan, now mainstream. Based on the desire to eat less carbohydrates, we have developed Fitbrood, which contains 50% less carbohydrates and 75% more fibre than regular bread. We have now added FitKids to the Fit family. Background idea: as a parent you want the best for your child. The same goes for the bread you give them. FitKids offers all the goodness of wholemeal bread, it is rich in fibre, calcium and protein, but just as accessible as a sandwich. A sandwich is much better appreciated by most children than 'heavy' bread. Our most current concept is a sandwich loaf in two varieties, with 40% vegetable content. Colourful on the shelf, healthy and of course tasty".

"Consumers are increasingly aware and critical in their choices. If you want to reach them, you'll have to meet the need for specific, target-group-related product concepts in the right way. We will continue to invest in that".